Negotiating Tip: Mistakes of Others 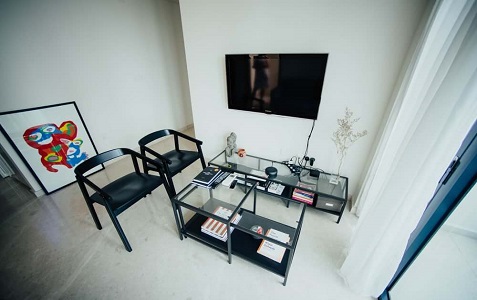 Perhaps there is no greater learning experience than that of observing others. That applies to negotiating too.

The Good and The Bad

Noticing the results others achieve - both good and bad - influence us greatly. It is alarming, however, how we often repeat the mistakes of others rather than learning from them.

Sam always had an arrogant attitude. It probably stemmed from his sheltered and privileged life. Being the son of a prominent family and with money far in excess of most of his peers, Sam seemed to demonstrate characteristics most of us would deplore.

Sam needed a new big flat screen HD TV and stopped in at a local appliance store to make that purchase. He was greeted and waited on by Tom who was a high school classmate of Sam's and also the son of the appliance storeowner. It has been a decade or so since they've crossed paths owing to the fact that Sam and Tom ran in different social and economic circles.

Sam barely acknowledged Tom as a former classmate or acquaintance and began immediately to share his need to buy a new flat screen TV. Sam shared that it had to be top of the line and that he wanted the largest discount possible because his family had been such a frequent customer in Tom's appliance store over the years.

Sam seemed to ignore most of Tom's remarks detailing the attributes and features of many of the available models meeting Sam's requirements. Sam cut Tom off abruptly with the request that Tom show him the 'best unit' in the store and immediately asked for a huge discount, free delivery and a no cost extended warranty.

Tom, exhibiting great patience, shared that he might have some flexibility on the price but not to the extent Sam demanded. As for the free delivery and no cost extended warranty, neither could be provided at a discounted price.

Sam began to rant about how stores constantly over charge and ignore the 'reasonable' requests of good customers. Let's leave Sam and Tom at the store and reflect on the negotiating mistakes observed in this situation so far.

Mistake 1: Sam's elitist attitude violates every common sense strategy when negotiating. Regardless of one's station or position, being cordial, respectful and even friendly is crucial to productive bargaining. While we are far from adopting Sam's arrogant posture, we need to be on guard to avoid words or actions that would impede the building of a productive relationship.

Mistake 3:Arguing or demanding just doesn't work. That seemed to be Sam's core behavior with Tom. Good negotiators know that influencing is far superior and more productive than being confrontational.

Mistake 4: Sam's lack of patience and aggressive pace became obstacles to achieving a win-win result. There are many times when we are in a hurry, but effective negotiating requires time and patience. When one party is in a hurry to demand a 'deal', the opportunity for any 'give and take' (trade offs) is sacrificed.

Truth be told, the Sams of our world have used their high-handed tactics all their lives. In many circumstances they have even been successful using them. But I suspect you are like me and find such behavior revolting and not something we'd even consider.

That said, we need to be ever mindful of the negotiating Sam's mistakes of impatience, lack of relationship building, recognizing the position of our opponent and ignoring the 'give and take' that all negotiations involve.

You and I are not a Sam, but we can still learn from his mistakes. That is what good negotiators do. They don't make the same mistake twice or even make it the first time when they can learn from the mistakes of others. Above all, Keep Negotiating!