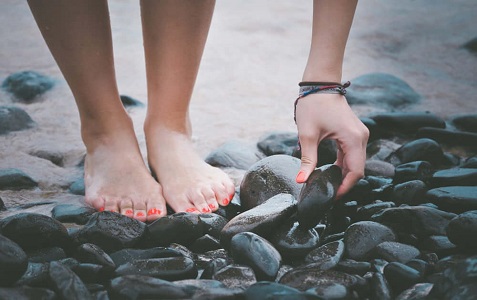 Time to Catch Up

It's about time we Americans catch up with the negotiators in Europe, Asia, the Middle East, South America and the rest of the world. Our friends there are not hesitant to employ an 'easy to use' technique to get better deals or to confirm they've got the best terms possible. It involves using their feet rather than their tongue.

We'll make this short because with this technique, you will either buy in or check out. Americans have a real problem breaking off negotiations when the going gets tough or close to an impasse. Our foreign counterparts don't hesitate to just walk away. We, on the other hand, tend to cave and agree to whatever is on the table.

Good negotiators know that walking away (breaking off negotiations) sends a powerful and impacting message that our opponent can't ignore. By breaking things off and departing we instill the 'fear of loss' in our opponent and can have them wishing they would have been more conciliatory or accommodating. Americans too often feel that this tactic is too confrontational and too time-consuming. Walking away and planning to come back later to resume the bargaining is beneath them as a strategy.

Meanwhile, the rest of the world does this naturally and enjoys the benefits of this tactic. Even when our opponents think we are just walking away as a show, it still has a positive impact. Put this technique to a test this week. Before your next negotiating encounter, plan well and bargain hard. When you think your opponent won't give anymore, excuse yourself. You can even act dejected, mention something about needing to re-evaluate this entire situation and depart.

Always remain courteous even to the point of shaking their hand and voice appreciation for their time. Whether you return in an hour, a day or even weeks later your opponent will get the right inference or message. (Relax - next week's tip will discuss "How to Come Back" after we've walked away). Good negotiators go into to each negotiation with a plan, a fallback position, to walk away if they don't get the terms and conditions they want.

They are prepared to let their feet do their talking!