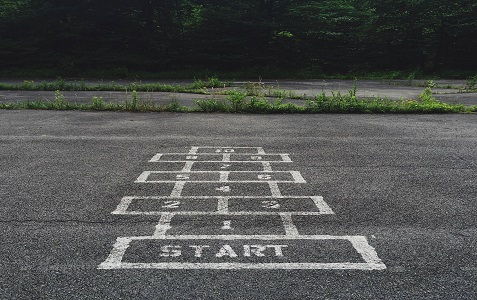 The great motivator and author Og Mandino once said this

“The victory of success is half won when one gains the habit of setting goals and achieving them. Even the most tedious chore will become endurable as you parade through each day convinced that every task, no matter how menial or boring, brings you closer to fulfilling your dreams.”

All too often in life, we get caught traveling down the same path, day in and day out, leaving a deep rut.

And what’s worse, we delude ourselves with sugar-coated talk that makes this existence somehow tolerable. We talk about having goals, doing the right thing, about achieving what we want in life. That self-talk is just enough to keep us believing we’re leading fulfilling lives.

It's one thing to make ourselves feel better with talk about goals and to say we have them. But do you really? Are you fooling yourself? Do you believe in goals? Or, have you just ended up in a rut full of talk and bad habits of just doing the same old things half-heartedly?

Answer honestly – and then keep reading.

If you really want to know the secret of what separates successful people from all the rest of the lost souls out there, (and take very close notice of these next four items, because I honestly believe if you read them, accept them and most importantly, act on them, your life will become more meaningful) keep reading:

The end result of these items? Success. And studies have proven it and actually shown that the wealthiest three percent of the people in the world do all these four things.

Question one speaks for itself and that has to come from deep within your own heart. But the rest relate to this important fact: we don’t go through this life alone. At least successful people don’t.

The reality is we walk best in the company of others. And on top of that, make sure you’re surrounding yourself with people who encourage rather than discourage.

Far too many fine goals have been snubbed out because the owner of those goals became poisoned by people I call “dream stealers.” You know them. They say things like, “What makes you think you'll ever be able to do this or that?” or “Oh yeah, right, you can't do that because when I did it I found out it couldn’t work so don’t waste your time.”

We've all had someone throw that wet blanket on our excitement and enthusiasm and that experience is the worst. Put a stop to it today.
And also today, I invite you to take the challenge, right now, to open a new door in your life. One that puts you over the threshold of mediocrity into a new light of triumph, challenge and success without borders. I hope so. Best of luck to you!


Bob Corcoran is a nationally recognized speaker who is founder and president of Corcoran Consulting Inc. an international consulting and coaching company that specializes in performance coaching and the implementation of sound business systems into the broker’s or agent’s existing practice. https://www.linkedin.com/in/corcoranconsultingandcoaching/