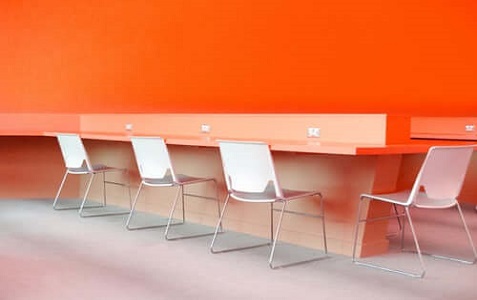 The U.S. Department of Justice, for reasons of its own, has initiated a website to educate consumers about what it calls unfair competitive practices among real estate brokerages. What it really does is advocate a particular real estate sales model over all others: discount brokerage.

The Department of Justice Speaks, but is Anyone Listening?

If the DOJ was attempting to try its case against NAR in the press, it met with a dull thud. While there has been intense interest about the site from REALTORS® and association staff, in the media it has produced a big yawn. Only a few trade publications have shown an interest. Blanche Evans of Realty Times wrote a common-sense refutation of the DOJ claims.

The DOJ arguments at the website display a flagrant disregard for the free competition the agency is supposed to champion. It uses the website as a promotion for unbundled and discount services. It doesn’t present persuasive argument to show that one model has certain advantages over another. Instead, it dictates what it believes is the ultimate wisdom about real estate brokerage.

In one of its most recent postings at the site, DOJ showcases a news release is distributed to media outlets Oct. 17 about a settlement with a non-REALTOR® owned MLS system in Hilton Head, SC. NAR has no connection with this MLS and has no detailed knowledge of the issues involved or of the settlement arrangements.

A disturbing feature in all of this is that the DOJ is using federal taxpayer dollars to host that website. Just as it is wasting taxpayers’ money to press an antitrust lawsuit against NAR, now it is using taxpayer dollars to try on the Internet a case it is already trying in court. It also uses federal dollars to lobby state legislatures against passage of minimum service rules in real estate, in an attempt to dictate to state legislatures that it knows what’s best for consumers, implying it knows better than the state legislators do.

1. Quoting a NAR study, DOJ says on the website that 83% of consumers used full-service brokers in 2006. True. But DOJ conveniently fails to mention that the same survey shows almost two-thirds of consumers were very satisfied with the services they received. To underscore, the 2007 NAR Profile of Home Buyers and Sellers, to be released at the convention in Las Vegas next month, shows that more than 70% of those who used full-service agents were very satisfied, and another 24% were somewhat satisfied.
2. The DOJ likes to use the “standard” commission as a straw man it can knock down. The standard commission doesn’t exist. The same upcoming survey cited above will show that 70% of sellers say their commission was negotiated, with 39% saying the agent brought it up and 31% saying the sellers brought it up. That’s competition. How much more competition can the DOJ ignore? The fact is, real estate commissions are always negotiable. Commissions and fees are driven by market forces to attract clients and retain the best agents.
3. The real estate market is very competitive.  NAR encourages innovation and fair competition in real estate brokerage and favors no business model.  NAR members represent almost every conceivable business model, including full-service, limited-service, so-called “discount” models, and others. About one in eight Realtors® works for a business model other than a full-service firm.
4. REALTORS® add value to the real estate transaction, and two-thirds of sellers clearly are satisfied with the relationship they have with their full-service broker. More than 8 in 10 recent home sellers report that their real estate agent provided a broad range of services and managed most aspects of their home sale to great satisfaction.  More than three-quarters of those sellers say they would gladly recommend that agent to their friends and relatives and would use that agent again.  — NAR Public Affairs