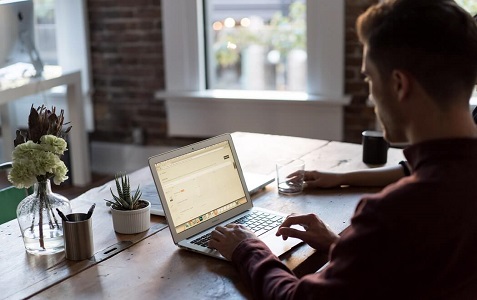 This week I want to share with you the story of one of my friends.  Let’s call her Polly, to protect her privacy.  I’ve known Polly for many years, and value her opinion.  Although this Zebra Report is a bit long, I think it is well worth the read to see what Polly’s experience was.  Here’s Polly’s story!

From these experiences, we learned the important fact about selling a house:  Don’t overprice your house and don’t work with an agent willing to do so.

This year we are at the stage in our lives where we not only want to sell, we are willing to do the things that make it possible actually to sell.  We’re not in a “have to” situation, but we do have a strong desire to sell and move.  So, once again, we started looking for the right agent to list our house.  We took recommendations from friends, made a list of the marketing we wanted, made a list of what we saw as potential drawbacks for a quick sale, and then decided to interview agents just like we would interview an employee for a business.  We looked at this as a business deal and approached it accordingly.

We interviewed four very different agents.  All but one came to us recommended by friends. Let me tell you about them.

I called Agent #1, who was very bubbly and enthusiastic.  She was someone who had “turned into a friend” after selling our friend’s house.  When I mentioned this, the agent said she likes to turn all her clients into friends. I figured I already have enough friends and would just like a real estate agent.  She also told me good things about one of the other people we were interviewing and told us that another agent was very difficult to work with.  This was shared in a conspiratorial whisper and ended with, “I probably shouldn’t say that.”  Yes, probably not.

When she arrived (she was first because she insisted on the earliest spot) she came with baggage.  She had her daughter “shadowing” her, to learn about how to be a real estate agent.  Because I come from a training background, I didn’t mind the “shadow” so much – but I did mind that she had not asked (or even mentioned!) that she would be bringing a trainee.

From a safety aspect, this was probably a good idea.  She didn’t know us from Adam, we live in the country, and she was (we thought) a solo woman coming out here.

Her presentation was very professional.  She had glossy color flyers, postcards, and a great iPad presentation that she was comfortable using.  Her marketing was pretty impressive.  But she didn’t ask what we owed on the house and told us that was because she was not above using that information later if we didn’t list with her and she later brought an offer from a buyer.  The comps she used to price our house were reasonable.

Our biggest turn-off?  She indicated she usually sold high-end homes and gave us the impression she would be doing us a favor to list our (not high-end) house.  We began to feel like the “country mice” putting our little rambler up against these glossy examples of estate living.  She also never took off her coat, which I thought was rude.  When I gave her a cup of coffee, she seemed surprised when she took a sip and pronounced it was “good coffee.”  Even us country mice can manage to brew up a good cup of joe my dear!  As we said goodbye to her, I mentally picked the hayseed out of my hair.

Came highly recommended from three different sources, all of them who had dealt with her professionally.  She was also the agent that Agent #1 had good things to say about.  She grew up in our area and has been marketing real estate for almost 20 years, primarily in this area.  She brought comps of active, pending and sold homes.  She also divided them between short sale/bank owned properties and non-distressed sales, as our home will be.  She explained how short sales are killing the market when it comes to appraisals and she assured us that she would not be showing our house to anyone not already pre-approved for a loan.  She showed us how short sales are originally listed with a reasonable price but stay on the market for months longer, and why there is a huge gap between list and sale price.  She then compared that to the shorter days on the market and very close prices of a non-distressed sale.  She gave us some hope.

She had pulled the as-built for our home and questioned us about an addition we had built.  She asked about Native Growth Protected Areas on the property, easements, our septic tank, and our well.  She was knowledgeable about the potential challenges in selling more rural homes.

She gave us her marketing plan, which was similar to that from Agent #1 as far as outreach and use of social media, but she seemed more focused on us than on herself.  As we said goodbye to her, we both decided we liked her a lot.

When Agent #3 arrived, she brought the same comps as the previous agents.  She was very sweet and knew her marketing strategy.   Although her iPad didn’t work, she was prepared for a paper-based backup presentation.  She was very enthusiastic about social media and internet marketing and using follow-ups of showings to get feedback from other agents.  She also talked about potential pitfalls of our country house and asked us if we “de-miced” regularly (we do), if we planned to get the “Washington wintergreen” off our siding and decks (we do), and pointed out a potential problem with our sidewalk drainage.  All in all, we felt like she would be very easy to work.  It gave me pause for thought when she mentioned she outsourced her internet marketing to a company in India – I had visions of people calling about overseas scams!

We now refer to Agent #4 as “the stalker.”  He had cold-called out of the blue a few months ago, telling us he had listed a house nearby and was wondering if we were still looking for a buyer for our house.  I didn’t call him back.  He called a couple more times, and when I finally called him back, I got his office voice mail.  I eventually spoke with him, and he was looking for listings, not for places to put buyers.  I gave him a couple of days he could come and interview with us, but he wanted to come “tomorrow.”  I again gave him his options, and he finally settled on a Sunday at 1 pm.  He had asked who else we were interviewing (as did all the agents) and when they were coming and he chose to come last after we had talked to the other three agents.

On Friday, he called to confirm his appointment.  I remembered he had mentioned being out of town and asked him if that time was still convenient.  He assured us 1 pm on Sunday would be perfect and we could “praise the Lord together.”   I was still thinking this as I answered the door at 12:30 on Sunday.  There he was, asking “Do you mind that I am a half-hour early?”

He arrived with the same comps.  One of his first questions was how much we owed on the house.  A follow-up question was whether or not we had ever considered renting this house out (we later learned he “manages” 25 rentals).  He said he doesn’t do a lot of “passive” marketing such as internet marketing, putting a flyer in a box, or direct mailings.  He chooses a “proactive” approach and has a “sphere” of 65 to 70 agents that he specifically markets too.  I was starting to understand what agent #1 meant about him being difficult to work with.  He said he rarely works with her and said he had “trained” Agent #2.  He also asked us if we were “ready to list with him today.” He mentioned repeatedly that he’s such a hard worker he even works on Sundays.  Is that a huge sacrifice?  It seems like real estate is a business where most agents can expect to work on Sundays!  His business card had his somewhat threatening sounding motto, “Don’t make a move without us.”   He left telling us that if we didn’t list with him and couldn’t sell our house, we’d be hearing back from him.  My stalker red flag was hoisted even higher.

So who did we choose?  Agent #2!  She wasn’t the flashiest, but she certainly came across as the most informed agent to meet our needs.  She was very humble when we told her she got our listing and wanted to get right to work on helping us get our house prepared to put on the market.  We’re looking forward to working with her.
What did you learn from Polly’s story?  Do you see yourself in one of these agents?  I think it’s so valuable to take a step back and see how our preparation, and our communications, affect a potential client’s desire to work with us.