Where and When did RealTalk Originate? 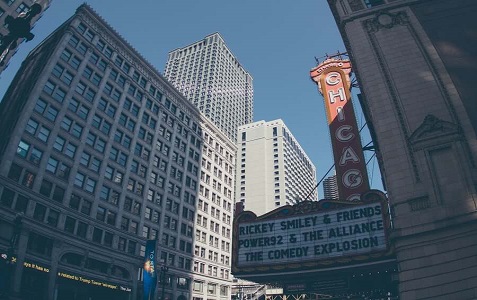 Where and When did RealTalk Originate

On a cold Chicago evening in March of 1995, on the 11th floor of the NAR building on South Michigan Avenue, I was attending a meeting of the "RIN Team" (REALTORS® Information Network). The discussions centered on the different "modules" within the RIN Network Desktop (RND).

It was getting late as we were finishing our Chinese food (delivered to the building). The discussion turned to the concept of online community and how important its development would be to any attempt to move REALTORS® into technology.

We discussed the success of Internet bulletin boards and AOL communities (I was fascinated by the power of online community and had experience with a number of online communities, including Ron Rothenberg's buyer broker lists and Peter Miller's discussion boards on AOL). All in attendance were in agreement that the online community aspect of the RIN Network Desktop was important. Ed Evans asked if anyone would be interested in leading such a project.

I was the only one who raised my hand at first there was reluctance because I was already doing many other things for the RIN project (my biggest job is the signing up of MLSs across the country for listing display on the Internet, which became REALTOR.com) but since I was the only volunteer for this new project, Ed relented and gave me the job.

I was given a small budget to assemble whoever I thought necessary to create the online content structure and concept for the online community. On Labor Day weekend, 1995, I brought into San Diego the following extremely talented group of people for a working weekend:
John Reilly (Hawaii, author, attorney)

We worked all weekend and based on the technology, we developed the different discussion areas and the concept for the creation of content and participation.

The generic term for the community functionality on the RIN Network Desktop was "Discuss." I wanted something else and since this was to be a community built around the real estate industry, and because we wanted more than just real estate discussions, we wanted real life discussions and a touch of reality as well, which we believed might lead to the greater long-term success of the community. Using "real" in the title of this new community provided what I believed to be the perfect play on words, and so, "RealTalk" was born.

So, RealTalk is about real estate and more. It is an open discussion, about any subject the community will tolerate, and not just real estate, RealTalk is whatever you want it to be you control "your" content by exercising the delete key at your discretion.

When NAR decided not to fund the RND any longer, the fledgling community we all were building was now homeless. I turned to Ron Rothenberg who set up a series of Listservs for us (at $10 per month :-). We took the original 100 or so participants in the RIN RealTalk community who had an interest in building a new community and subscribed them to the list. The e-mail address of that list was RealTalk@Majordomo.com.

We all know that the "road to hell is paved with good intentions."

In 1997, our company, InternetCrusade, purchased its own mail list software and we moved our growing communities to our own servers. Today, RealTalk is over 35,000 strong and growing, published in both individual and digest format and available also on the web at http://RealTown.com. Our newest publishing software, developed in-house by our team of programmers and developers, is state of the art and allows for the creation of community content and more.

Other Online Communities we Manage

In addition to our international communities, we currently host over 200 communities for all types of association activities (at no cost to the associations or WCR Chapters). From MLS Beta User groups on MLS Systems in the process of conversion to Boards of Directors, Member communities, all set up and hosted by IC. We train an association staff person on how to use our publishing tool.