What is a Foreclosure? 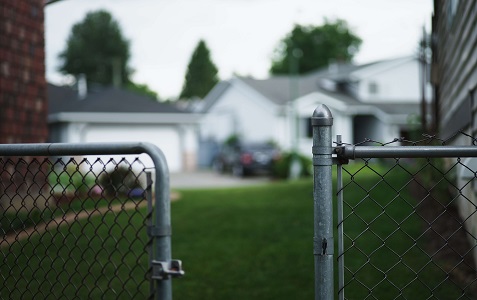 A legal procedure whereby property used as security for debt is sold to satisfy the debt in the event of default in the payment of the mortgage note or default of other terms in the mortgage document.

Normally used in those states in which no “power of sale” is included in the mortgage document, provides that, upon sufficient public notice the property may be sold by court order. If a mortgagor defaults in making payments or in fulfilling any requirements of the mortgage—such as paying taxes—the mortgagee can enforce his or her rights. The mortgagee’s first action may be to accelerate the due date of all remaining monthly payments. The attorney for the mortgagee can then file a suit to foreclose the lien of the mortgage. Upon presentation of the facts in court, the property will be ordered sold by court order. A public sale will be advertised and held, and the real estate will be sold to the highest bidder.

Some states allow nonjudicial foreclosure procedures when a power of sale is contained in a mortgage or trust deed. Under this form, a lender (or the lender’s trustee if a deed of trust is used), has the right to sell the mortgaged property upon default without being required to spend the time and money involved in a court foreclosure suit. In fact, under this form of lender control, a borrower’s redemption time is shortened considerably by the elimination of the statutory redemption period sometimes granted in the judicial process.

Notice of default is recorded by the trustee at the county recorder’s office within the jurisdiction’s designated time period to give notice to the public of the intended auction. This official notice is accompanied by advertisements in public newspapers that state the total amount due and the date of the public sale. The purpose of the notice is to give publicity to the sale, not to give notice to the defaulting mortgagor. After selling the property, the mortgagee or trustee may be required to file a copy of a notice of sale or affidavit of foreclosure.

Although the judicial and nonjudicial foreclosure procedures are the prevalent practices today, it is still possible in some states for a lender to acquire the mortgaged property by a strict foreclosure process. After appropriate notice has been given to the delinquent borrower and the proper papers have been prepared and filed, the court will establish a specific time period during which the balance of the defaulted debt must be paid in full. If full payment is not made, the borrower’s equitable and statutory redemption rights are waived, depending on the special circumstances involved in the case, and the court awards the full legal title to the lender. There can be no deficiency judgment in strict foreclosure cases.

A few states permit foreclosure by entry and possession. If the mortgagee holds possession for the redemption period, the mortgage debt is deemed paid to the extent of the value of the real property.

In preparing a foreclosure proceeding, a current title report should be obtained because all prior and subsequent mortgage creditors must be joined as parties to the judicial action, and junior federal tax liens are not divested by nonjudicial foreclosure proceedings unless the federal government consents or is given notice of the sale. If the state statute of limitations pertaining to real estate actions has run, the mortgagee is barred from exercising its power of sale.

If redemption is not made, or if no redemption period is allowed by state law, then the successful bidder at the sale receives a deed to the real estate, sometimes called a commissioner’s deed. This is a statutory form of deed that may be executed by a sheriff or master-in-chancery to convey such title as the mortgagor had to the purchaser at the sale. There are no warranties with such a deed; the title passes “as is,” but free of the former defaulted mortgage. The purchaser obtains no better title than the mortgagor held.

A defaulted mortgagor must consider several tax consequences upon foreclosure. A primary concern is that in terms of tax laws, the defaulting owner is considered to have sold his or her property for a price equal to the unpaid debt at the time of disposition. Assuming that the mortgage balance exceeds its adjusted basis (reduced by depreciation), the defaulting owner may realize a taxable gain as a result of the foreclosure sale even though no money is received from the sale. This could be a problem for investors in a failing syndication who not only lose their investment but are saddled with a tax bill from the government. The courts have held this rule to apply to defaults of contracts for deed as well as terminations of mortgages and trust deeds. There is also a recapture of any accelerated depreciation.

The FHA rules require that a homeowner be at least three months behind in mortgage payments, that the delinquency span a six-month period and that he or she be in breach of the mortgage before a lender can foreclose an FHA loan.

An alternative to foreclosure is for the mortgagee to accept a deed in lieu of foreclosure from the mortgagor. This is sometimes known as a friendly foreclosure because it is settled by agreement rather than by civil action. The major disadvantage to this type of default settlement is that the mortgagee takes the real estate subject to all junior liens, whereas foreclosure eliminates all such liens.