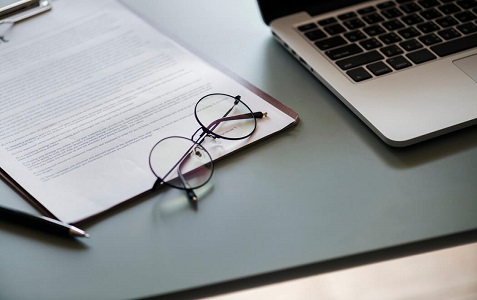 A contract in which one party makes an obligation to perform without receiving in return any express promise of performance from the other party. One party gives a promise in exchange for an act; that party is not obligated to perform on that promise unless the other party decides to act. An example is an open listing contract, where the seller agrees to pay a commission to the first broker who brings a ready, willing and able buyer. The contract is created by the performance of the action requested of the promisee, not by the mere promise to perform. Note that a unilateral contract contains a promise on one side, whereas a bilateral contract contains promises on two sides.

Before the act is performed, the promise of the promisor is a mere unilateral offer. When the action is performed, this unilateral offer and the performed act give rise to a unilateral contract. The broker makes no promise to perform or to do any acts such as advertising. He or she can accept the contract and thus bind the seller only by actual performance, that is, by producing such a buyer. Many standard exclusive-right-to-sell listings are now written as bilateral contracts wherein the broker agrees to use reasonable efforts to locate a buyer, and the seller agrees to pay a commission if the property is sold by the broker, the seller or anyone else.

The classic example of a unilateral contract is a newspaper notice offering a reward for the return of a lost dog. The offeree is under no obligation to look for the dog, but if he or she does, in fact, return the dog, then the offeror owes him the reward money. Another example is a brokerage company that promises to pay a $1,000 bonus to the salesperson who sells the most units in a specific condominium project. An option in which the seller agrees to sell for a certain period at set terms provided the buyer performs by paying the specified option price is also a unilateral contract.

A contract in which each party promises to perform an act in exchange for the other party’s promise to perform.

The usual real estate sales contract is an example of a bilateral contract in which the buyer and seller exchange reciprocal promises respectively to buy and sell the property. If one party refuses to honor his or her promise and the other party is ready to perform, the nonperforming party is said to be in default. Neither party is liable to the other until there is first performance, or tender of performance, by the non-defaulting party. Thus, when the buyer refuses to pay the purchase price, the seller usually must tender the deed into escrow to show that he or she is ready to perform. In some cases, however, the tender is not necessary.

Depending on its wording, a listing form may be considered to be a bilateral contract, with the broker agreeing to use best efforts to locate a ready, willing and able purchaser for the property, and the seller promises to pay the broker a commission if the broker produces such a buyer or if the property is sold. Once signed by the broker and seller, such a listing contract becomes binding on both.

In a unilateral contract, one party must perform (and not just promise to perform) for the contract to be binding. For example, in an option, the optionor (seller) promises to keep a specific offer to sell open for a specific time in exchange for the performance of an act by the optionee (buyer); that is, the actual payment (not just the promise to pay) of the option money. When the option is exercised, a bilateral contract to buy and sell is created according to the terms outlined in the option.