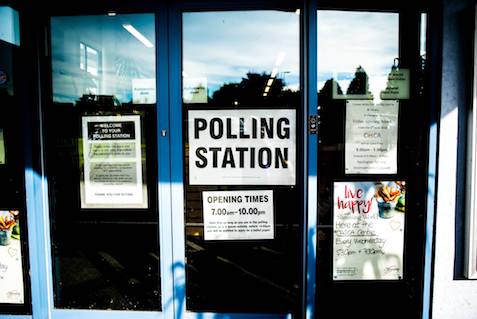 Prop’s 5 and Prop 10 defeated. What’s next for property tax portability and Costa-Hawkins?

The Good and the Bad

The news was both good and bad for California property owners as returns came in on Tuesday night. Proposition 5, the California Association of REALTORS® (CAR) sponsored initiative to allow certain homeowners to transfer their property tax assessment to their next home was soundly defeated 57 to 43 percent.

Meanwhile, Prop 10, the rent control expansion effort, lost by a wide margin despite California renters paying much higher rent than other states.  Prop 10 would have repealed Costa-Hawkins, the 1995 state law that limits rent control. Prop 10 was defeated 63 to 37 percent.

What are the chances that some elements form one or both of these ballot propositions will be returning to the ballot in 2020?  For property tax portability, the measure is coming back in an altered form. For Costa-Hawkins repeal, the measure seems to have been beaten by enough of a margin for it to not return (though it’s fair to wonder if simple logic will be enough to keep it off the 2020 ballot).

First of all, we have the property tax portability measure that would have allowed homeowners above the age of 55, the severely disabled, and disaster victims to sell their homes and take their tax assessment with them anywhere in the state.  Critics referred to this effort as the Son-of-Prop 13 and it was opposed by the California State Association of Counties (CSAC) as well as the Teachers and Firefighters Union.

CAR made a failed attempt at a legislative option for this ballot measure and despite strong opposition and no clear legislative alternative, decided to keep the proposition on the ballot past the removal deadline. We asked CAR President Steve White if a different portability measure is on the table and were informed that title and summary are already filed for a 2020 ballot measure. Intergenerational transfer of Prop 13 tax basis and the way commercial is transferred are both on the table as a way to increase state revenue and to make a new ballot measure more palatable to Unions and the CSAC.

How will a revised measure do in an election that is poised to be even more progressive?  Will the portability measure fare better in the next election cycle despite the certain objection of Prop 13 opponents who view the original initiative as a subsidy to homeowners at the expense of statewide education?  There is also a split roll measure coming on the ballot that will affect commercial real estate, so will another portability measure spread CAR’s resources too thin?

Next, we have the promise of Michael Weinstein, a major funder of Prop 10, that no matter how badly the Costa-Hawkins repeal initiative is defeated, it will be back. Will this measure come back with a different version, exempting single family homes? More than likely we will not see a return of the repeal of Costa-Hawkins in 2020 because the measure lost by more than 60%. What we are likely to see is the California legislature working on some type of protection for renters.

Landlords, Developers and different real estate lobbying groups spent more than 75 million dollars to defeat prop 10.  Other than Mr. Weinstein’s AIDS Healthcare Foundation, there is no significant funding for another Costa-Hawkins repeal measure. At some point, one would think that Mr. Weinstein’s board would tell him not to use resources for another attempt at repealing Costa Hawkins.