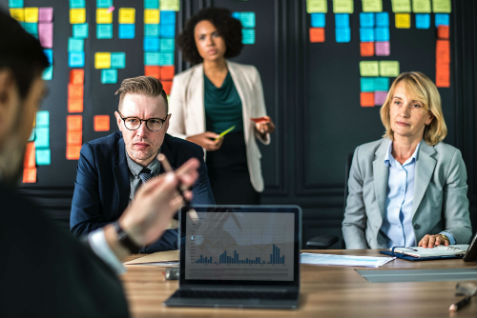 I passed my California real estate sales license exam in 1975. I then got my California Brokers License in 1977 (a college degree allowed me to skip the 2 years as a sales licensee required to become a broker, although I still sold as a "broker associate" for a large brokerage firm in San Diego).

At that time, we were taught in the pre-license courses, as well as in the sales training courses taught by brokerage firms, that the seller was our "client" and the buyer was our "customer." As a matter of fact, we were warned not to refer to buyers as "clients" (any of you remember this?) as it may be misleading to buyers.

If you asked most sales licensees at that time, they were aware that they worked for and had a "fiduciary duty" to the seller and not to the buyer, but no one (or very few) were sure why this was the case (MLS and "unilateral offer of sub agency, which I will address in a later post. Everyone represented the seller. This was an accepted fact in 1974.

About the same time, there was a case against Forrest E. Olsen (which later became Coldwell Banker), where a buyer "believed" that a sales licensee (actually, that licensee's broker...Forrest E. Olsen) was representing the buyer as an agent on an "inhouse" listing...not because it was stated anywhere or in any document...but because of the actions and statements of the sales associate (Ostensible Agency anyone?). The buyer was led to believe that they were being "represented" by an "agent" and did not understand that the broker was also "representing" the seller as an agent.

The buyer won the case and it was then recommended by most attorneys I had contact with in California at the time, and by CAR as well if my memory serves me, that when preparing a contract for a buyer on an inhouse (as opposed to an "outhouse" listing :-), that it would be "safer" to be a disclosed dual agent (which was and still is allowed under California Real Estate Law) rather than risk being found by a court of law, after the transaction closes, to be an undisclosed dual agent (divided agency), where the damages could be very large in a rapidly appreciating real estate market (and also resulted in disgorging of commission).

So, on any inhouse sale, we included in the contract words to the effect:

"Buyer understands that sales associate and sales associates' broker represent both the buyer seller agent in this transaction as a dual agent."
Are you with me so far?

Good, because this is where it gets confusing.

Actually, getting agency disclosure legislation enacted in California was about a 12-year process. There was some serious talk of outlawing dual agency in the 1970s and three legislative proposals began their way through the legislative process. One of the three proposals would have made dual agency a criminal offense. The California Association Realtors worked closely with consumer lobbying groups and legislators. Over the next eight years, the CAR and legislators developed a compromise bill.

The compromise did not outlaw dual agency, which was very common, and some would say disclosed practice (and others would say undisclosed). The compromise made California real estate licensees disclose agency relationships in residential acquisitions. The reasoning was, that if buyers and sellers truly understood the options available to them, they would choose the representation that was in their own best interests.

In 1986, the California legislature passed the agency disclosure law unanimously.

When the agency law took effect, the real estate business was in a definite upswing and a sellers' market. Licensees busy scrambling to market properties did not have time to worry about agency -- they were too busy making money!

Unfortunately, even today there are a few people in the real estate industry that understand agency disclosure.

Prior to 1989 (or 1990...these details elude me), an MLS operating under NAR's Model MLS Rules was (among other things...but this was primary) a "unilateral offer of sub agency." Everyone worked for, was the agent of, the seller by virtue of the MLS. It was unilateral and automatic.

The only way a "cooperating broker" MLS subscriber (the MLS member...the participating broker) could get out of being a sub agent was to "refute the unilateral offer of sub agency."

Attorneys I have discussed this with over the years (including extensive conversations with Alex Creel of the California Association of REALTORS Legal Staff during 1986-88 when the California Agency Disclosure Requirement was being enacted...and with my partner, Mr. Agency himself, John Reilly many times over the last few years and, coincidentally, at lunch today), had no consensus as to how "refuting the unilateral offer of sub agency" could be accomplished. Besides, why would one want to be anything but a sub agent...that was the way it was always done.

Then, in 1988, the California Agency Disclosure Requirement placed California REALTORS in danger of making disclosures that they were "representing the buyer exclusively" while at the same time they were already agents of the seller because of the NAR MLS Model Rules, with not even the slightest clue that "refuting the unilateral offer of sub agency" was even required...and even if they knew it was required, no one could tell them how to do it.