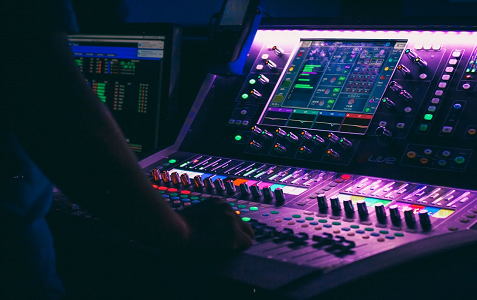 It's Google Of Course!

We are talking some serious money here in the e-commerce space, a space in which there are now over 12 million new TLDs. How do we even get to the auction stage? First, for anyone to apply to operate a new TLD, there is a $185,000 application fee. In the event more than one applicant applies for the same domain (called a ‘string’), those competing entities move to a string contention status under ICANN rules. ICANN is a not-for-profit public-benefit corporation with participants from all over the world dedicated to keeping the Internet secure, stable and interoperable.

According to ICANN, “Auctions are the mechanism of last resort to resolve string contention within the New gTLD Program. ICANN expects that most string contention will be resolved through other means before reaching an Auction conducted by ICANN’s authorized Auction service provider, Power Auctions LLC. However, there is a possibility that significant funding will accrue as a result of several Auctions. Auction proceeds will be reserved and earmarked until the Board determines a plan for the appropriate use of the funds through consultation with the community. Auction proceeds are net of any Auction costs. Auction costs may include initial set-up costs, auction management fees, and escrow fees.”

212 of the 233 contention sets are now resolved, the majority having self-resolved, but a few were resolved via ICANN’s auction process (“the method of last resort”). In some cases, contending applicants formed joint ventures in their efforts to resolve string contention. In other cases, some applicants withdrew after receiving some compensation from the surviving applicant — hopefully in an amount to at least compensate the withdrawing party for their $185,000 initial application fee.

In one case of contention over the new TLD .coupon (Dot coupon), the battle was between Donuts, Inc and the Coupon.com company. Donuts prevailed. According to an SEC filing, Coupons.com received $4.8 million dollars, apparently based on a privately negotiated agreement. As one pundit noted, it only cost Coupons.com $185,000 to file its application for Coupons TLD, making this the best coupon the company ever redeemed.

Where Does the Money Go?

According to ICANN, “Possible uses of auction funds include formation of a foundation with a clear mission and a transparent way to allocate funds to projects that are of interest to the greater Internet community, such as grants to support new gTLD applications or registry operators from communities in subsequent gTLD rounds, the creation of an ICANN-administered/community-based fund for specific projects for the benefit of the Internet community, the creation of a registry continuity fund for the protection of registrants (ensuring that funds would be in place to support the operation of a gTLD registry until a successor could be found), or establishment of a security fund to expand use of secure protocols, conduct research, and support standards development organizations in accordance with ICANN’s security and stability mission.”

With more than 1500 TLD applications submitted to ICANN in the first round, there are sure to be companies that do not turn their TLDs into successful businesses. But with such a large amount of investment money at stake, we can expect to see a lot of e-commerce activity built around many of the new TLD ventures.