Negotiating Tip: When to Walk Out of a Negotiation 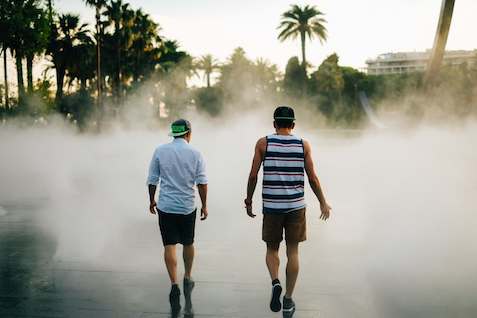 In my last tip, we discussed the affirmative strategy of 'walking out' of a negotiation.

Getting A Better Deal

We don't do this because we're mad, frustrated or trying to take advantage of our opponent. We do this to prepare the opportunity to get a better deal or perhaps confirm that we've got the best deal possible. I was gratified to get e-mail responses from many who see the benefits of walking out. Many were wondering if it was a strategy that can (or should) be used in every negotiation.

Let's Explore that Concept in Depth
There are two rules of thumb we'd be wise to consider when trying to determine if we should walk out of a negotiation. Walking out typically only works when negotiations involve lots of time and/or lots of money.

The longer you anticipate the negotiations to continue, the more critical it is that you consider the tactic of walking out.
For example, if you're buying a new blender at a local department store, the negotiations will almost always be short (as to time involved). Walking out would be very hard to incorporate into the mix.

On the other hand, if you're buying a new cell phone and a service plan, that will likely (or should) take a while. Lots more options, alternatives and even competing vendors are under consideration in that purchase. It only makes sense that we would incorporate a breaking off of the negotiations and walk out when you're close to putting a deal together.

The more money involved in a negotiation, the more critical it is that you consider the tactic of walking out. Breaking off negotiations at a yard sale where you want a 'better deal' on a $3 pitcher is obviously a waste of energy. Now if you're buying or selling a car or house, (anything valued in the thousands) walking out is almost mandatory at some stage. While there is no exact dollar threshold, a product or service for $50 or even $100 seems to indicate that walking out can be overkill. But when hundreds of dollars are involved, late-term walking out works wonders.

One last thought, some good negotiators walk out when negotiating for trivial items (the $3 pitcher) just to send a message. They could use it to set a precedent knowing that they'll be back, negotiating with that same party over bigger, more expensive items.

Many of the responses to last week's tip asked how we can walk out without insulting our opponent and come back without appearing to be desperate or caving in. Next week's tip will include some techniques to do that very thing, walk out with the ability to come back later and rejoin the negotiations.

In the meantime, remember, good negotiators, are prepared to walk away when there is lots of time and money involved in the bargaining.