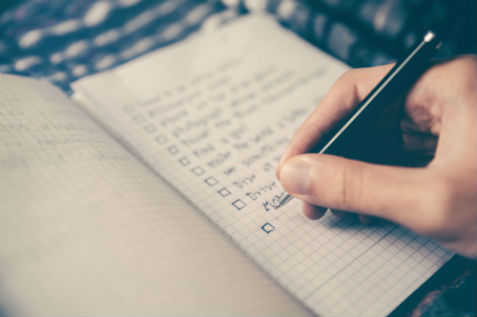 There can be a great number of negotiating mistake lists.  The list below can be an easy 'check up' to see where you are in avoiding errors that can be costly and demoralizing.  Review them quickly.  Don't dwell on any one too long.

Ready, shoot, aim!   We get into the fray long before we're ready.  Plan, analyze and strategize before launching a hard bargaining effort.

Negotiators have to give before they can expect to get.  In your preparation (Mistake 1 above) did you identify small concessions you'd be comfortable making so you could win something big?

When our arguments or justifications are weak we tend to become loud, defensive and even borderline belligerent.  Keep your cool.  Intimidators rarely win and if they do, they'll not get a second negotiating opportunity.

Can you keep your 'cool' while everyone around you is losing theirs?  Be realistic, be patient and use time to your advantage.  Waiting out an opponent is one of the easiest strategies to employ.  In this world of 'give it to me now',  you can become the winner in due time.

Short fuse people make lousy negotiators.  If you are typically quick to fly off the handle, compensate by bringing along a partner to provide a calming and cautionary influence.

Mistake 6:  Talking Too Much

A closed mouth gathers no foot.  Silence is a symbol of power.  It's impossible to listen when we're talking.  Ask questions and ask follow-up questions and listen.  Your opponent will likely trip up and share a vulnerability they hadn't planned for you to know.

Mistake 7:  Arguing Instead of Influencing

There comes a time when your argument just isn't persuasive.  Read your opponent and when you see their body language/facial expression telling you that you're coming on too strong, stop and change tactics.  Remember the phrase....influence strategies.  Arguing causes others to firm up their positions.  Influencing allows them to consider other options.

Can’t we all just get along?"  Actually, no.  Conflicts arise.  It's okay to have them, but don't let them stall the bargaining.  Conflicts are nothing more than opposing positions.  Don't take them personally and instead allow the energy they spawn to begin the give and take of constructive negotiations.

Let's face it, we learn more from our mistakes than from our successes.  That certainly applies in our negotiating opportunities too.

These mistakes only scratch the surface of errors common to negotiators, but they can launch a constructive process of becoming a really good negotiator.