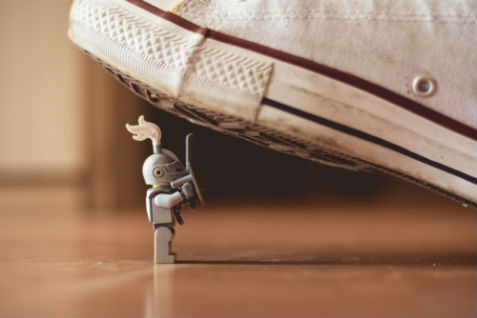 Set ours. Challenge theirs.

While you might not be familiar with the term anchor or bracket in the context of negotiating, I'm sure you've experienced them in a negotiating environment.  I'm even convinced that you've both given and received them.

Anchors or brackets are messages delivered by negotiators to communicate limits or positions from which they won't move.

In reality, anchors or brackets are simply positions from which negotiators don't want to move.  Typically they allow negotiators to posture, send controlling messages and test the skills of their opponent.

"We've never paid a commission above 5%."

"I'll have real trouble selling the car you're trading in."

Two guidelines need to be followed with regard to anchors or brackets.

First, we would be wise to send these type messages more frequently.  Don't be hesitant to stake out a position and, more importantly, give the impression you won't move from it.  You'd be surprised how often your opponent will believe your anchor position and not even challenge it.

Creative negotiators can always find a reason to move from this original position if that's what the situation calls for.

Second, when we receive them, they need to be challenged or simply ignored.

Dealing with Anchors or Brackets

While anchors or brackets are commonly used by parties to stake out a position, they are rarely firm and inflexible. They are often protective techniques and communicated to test the resolve and negotiating skills of one's opponent.

Let's face it when a seller says they've "already turned down $285,000", that doesn't mean they won't eventually sell for less.  In actuality, they probably made a mistake by not taking $285,000.  Changes in the market will impact that final sale price more than an anchor or bracket they put on the table.

When somebody says that's 'all we can afford' or 'that's what we've budgeted' or "I can only discount the price to $495," odds are they've got more room to move.  They're simply messages good negotiators send.  Don't take them at face value, instead, KEEP Negotiating!