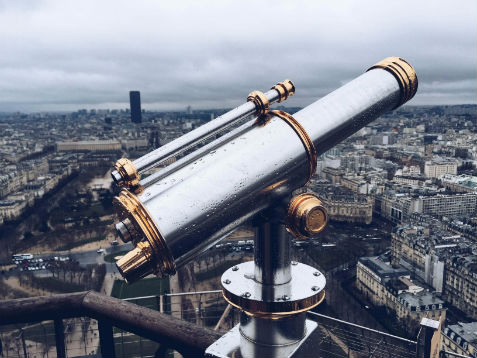 Authority: The ability to make a decision.

This concept – then Higher Authority - when mentioned outside of a negotiating context might be construed as calling on the Lord.  Frankly, that's always a good idea in my book, but in the arena of negotiating the higher authority is reserving the right to put off a decision until approval or input is secured from some other party.

By definition, authority is the ability to make a decision.

From a pure strategy standpoint, good negotiators don't want to have 'authority' if they can avoid it.

I read years ago about a small company who encountered some tax problems.  The IRS wanted to meet with them to resolve some issues that would likely call on the company to pay additional taxes and penalties.

The company president, a Type A - Rambo Wanna Be - reacted by going in person to 'handle this problem'.  At that meeting as every issue was brought up the IRS pressed him to state what he was going to do about this or that.  The president, a proud 'decision maker/make the tough calls' type of guy was painted into a corner on issue after issue.

If he'd simply have sent a representative, a vice president, his controller, anyone else, they could have heard about the issues but never been pressed to decide, agree to do anything or offer a counter.

Think of the power we'd have as negotiators if, when bargaining with the other side we say, "That sounds fair (good to me), but I'll have to run this by ______".

Upon our return with input from our higher authority many issues can be creatively grouped, alternatives suggested, new issues introduced and a better result achieved.

Who are the higher authorities?  Common ones are a wife, a husband, parents, children, relative, friend, advisor, committee, board, manager, officers, attorney, investors, and so many more. It can be anyone.  Who's to say?

I've known good negotiators that use higher authority in a department or an appliance store when trying to negotiate a better deal.  They typically don't leave and come back to the clerk with a counter offer.

They simply step away by stating, "Let me call ____ on my cell phone.  I have to check with them before I can proceed."  This strategy will give you power even if you don't actually talk to anyone.  You know the clerk is watching and wondering if the news will be good.  It typically activates their competitive senses.

Blocked by the Higher Authority

For years, real estate agents have been impacted by buyers and sellers who couldn't decide on something until they 'checked with ____'.   Whether actual or not, going to a higher authority is an empowering strategy.  In subsequent issues we'll discuss the counter strategy to one who uses 'higher authority' against you.

In the meantime, look for more opportunities to use the higher authority strategy.  It will structure more measured decisions, help minimize impulse buying/selling and help you to get more good deals.