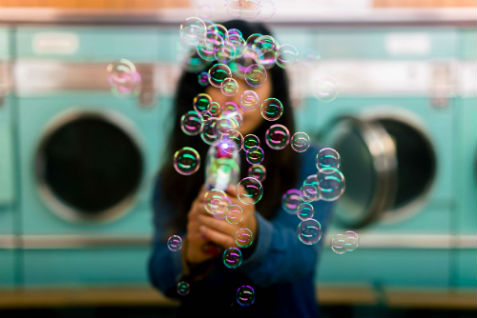 In this era where people claim to never be at fault for any of their misdeeds, you might be puzzled that I'm suggesting the use of the 'blame game' as a negotiating strategy.  Be assured that I'm disturbed by how many blame all their troubles on others.

I remain a strong proponent of individual accountability and responsibility.  But playing the 'blame game' does have its place in negotiating.

Negotiators who use the blame game technique can "have their cake and eat it too".  They can be confrontational with their negotiating opponent and at the same time come off as understanding and even sympathetic.

This technique isn't new and I suspect you have even used it on occasion.  It involves one's reaction to a proposal.  It could even be a variation of the 'flinch' and the 'bracket' tactics.

We know that a curt rejection of a proposal tends to cut off or restrict future constructive bargaining.

The blame game, however, softens that rejection by deflecting blame to others.

It would sound something like this:  "Fred,  I'm certainly not an expert on what widgets cost these days and I can only assume that your price of $400 per unit is somewhat fair.  My problem is that my _____ (manager, boss, spouse, board, etc.) won't  allow me to pay that much for them.  It's just not in the budget. How can we make this work for both of us?"

Using the blame game positions you to play both sides of the issue.  This technique doesn't so much challenge the price on a value basis, but instead challenges the price based on a limitation from an outside (higher) authority who isn't directly involved in the negotiations.

We become somewhat of an ally to our opponent, but a concession will be required from them in order to complete the deal.  It certainly conveys two critical messages.  First, the initial proposal won't work.  Second, it tactfully seeks concessions that can result in a good deal for everyone.

Consider implementing the 'blame game' as you KEEP Negotiating!