Negotiating Tip 64: The Pause That Refreshes 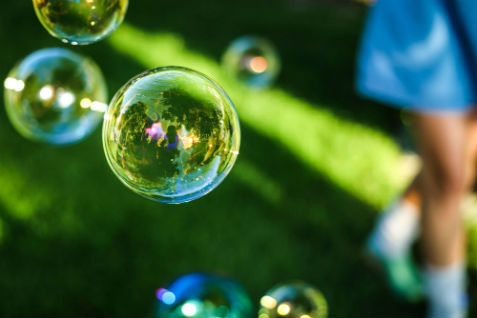 The Strategic Timeout.  It seems to reset the bargaining.

It's been a while since Coca Cola used the slogan "The Pause That Refreshes", but it was a winner.  At the risk of stretching a point, I think that slogan applies to negotiating situations too. See if you agree.

It's not uncommon that in the midst of some (hard) bargaining, one party asks for time to consider if a current proposal could be accepted.  What do we do or what should we do if we're waiting for our negotiating opponent to come back with an answer?

Might I suggest that you think of this time as that "Pause That Refreshes"?  Make good use of that pause and refresh your strategy because it's likely that your proposal won't be accepted.

If it is, you're golden.  If it isn't, do you have some other options to present?  To not conger up some options is wasting that refreshing pause.

Case in point:  I recently had a problem with a rental car company (one I use constantly and am very loyal to).  I had changed the reservation and, unknown to me, caused the rate to jump precipitously.  My error was that I didn't realize it until I turned the car in.  Expecting a $145 charge, I was shocked to see it go to $259.  I couldn't contest it then because I had a flight to catch, so I called them later that night.

The agent shared that when I changed the reservation and modified the pick up date it became an entirely new reservation without the initial low daily rate.  I didn't know their rules and honestly didn't notice the rate change when I modified the reservation.  My obvious request was that I be given the courtesy of the lower rate.  The agent said he couldn't authorize it and had to check with a supervisor.

His putting me on hold presented a welcomed 'pause that refreshes'.  I grabbed a note pad and scribbled down 4 things I could ask for if my request was denied by the supervisor.  They included a 'free rental day' to be added to my account, a 50% discount on some future reservation, a coupon that would give me an upgrade to a luxury car at mid-size car rates on a future rental and moving me to their 'executive level' status for a year.  All of these would cost them little and keep me, a loyal customer, happy.

When the agent returned, he announced that an exception could be made and that he could indeed honor that lower rate because of my being a frequent previous customer.

There was neither great strategy nor exhaustive effort in my phone negotiations.  I merely used that pause in the negotiations to refresh my thinking and compile options should they be needed.

The next time you're bargaining and someone takes that break, that pause to consider or check with someone, use the time wisely.  Brainstorm some options, some trade-offs that might become fall back positions should your current proposal not be accepted.

It's all about thinking ahead as we KEEP Negotiating.