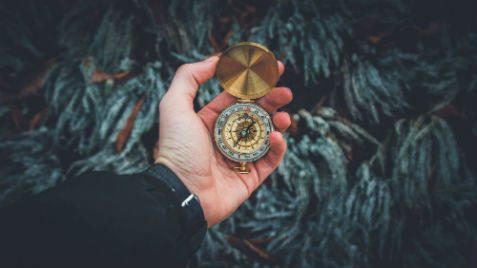 Consider the advantages of showing interest in something other than your first choice.

We've known for a long time that Information = Knowledge = Power.  Put in other terms, the more we know the more powerful we can be in a negotiation.

Because this is well known, it's now become quite prevalent for negotiating parties to put out bogus information to influence their opponents in a particular manner.  Let's call it misdirection.

When teams are lining up in their assigned order on NFL draft day and selecting college players to join their team, it's obvious that teams hope their desired choice is still available when their turn to pick arrives.

It's the posturing that leads up to that selection process that I'd like you to focus on.  Virtually all teams have their unique needs and have targeted specific players who they'd like to draft (select) in order to fill those needs.

But these teams have to be careful not to signal too clearly that they really want a specific player.  If they did they'd cause other teams, selecting before them to consider that player more seriously.  Also, too much interest in a specific player can influence negotiations toward a contract if that player is, in fact, selected.

In actuality, teams send mixed messages because they spread their interest activity among a large number of players to confuse the competition and adopt a better posture for future negotiations.

All this to say, most teams avoid focusing too much attention on the specific player they want.

Now our negotiations are far removed from the football arena, but the lesson is there for us to learn.  Specifically, good negotiators temper or conceal the degree of interest they have in any item being negotiated.

Put in context, ask yourself how effective a negotiator would be in the following situations?

If you were the negotiating opponent of any of these people listed above, would you feel empowered to hold out for the top price on the item being considered?

Would it be different if the home buyer shared they'd narrowed their choices to 2 properties or the car buyer test drove a number of makes and models.
Sending messages that there are lots of options on the table increases your negotiating power and hides one's true preferences from your opponent.

The technique to be considered here is that in a negotiation, we should first show interest in items and positions that aren't really our first choice.  It sends a proper hard bargaining message and increases our chance of getting exactly what we want at the best terms for us.

In other words, be sensitive as to how much you tell your negotiating opponent. Employing some misdirection can be amazingly effective.  Try it as you Keep Negotiating!