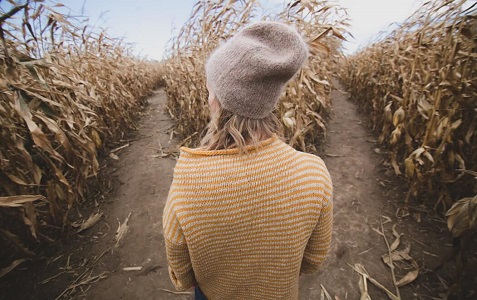 A special joint tenancy between a lawfully married husband and wife, which places all title to property (real or personal) into the marital unit, with both spouses having an equal, undivided interest in the whole property.

Tenancy by the Entirety (Entireties)

In essence, each spouse owns the entire estate; each spouse does not own a fractional share, rather the property owner is an indivisible entirety. Upon the death of one spouse, the survivor succeeds to the entire property to the exclusion of heirs and creditors of the deceased spouse and without the need for probate.

This type of tenancy is frequently used in the ownership of a residence, for it guarantees that the surviving spouse will continue to have a home regardless of whether a will is drawn or the property is fraudulently sold. Besides being limited to two specific persons, a tenancy by the entirety differs from a joint tenancy in that neither spouse can convey his or her interest or force a partition during the lifetime of the other, without the consent of the other spouse.

The tenancy by the entirety method of property ownership exists in less than one-third of the United States. It was originally based on the common-law theory that the husband and wife were one person, but this theory has been abandoned under modern law, which recognizes women’s rights in property separate from their husbands.

If there is a judgment outstanding against one of the spouses, it would be difficult for both spouses to obtain a mortgage loan against the property. This is because the lender would fear that the judgment debtor might be the surviving spouse, in which case the judgment creditor would take precedence over the mortgage.

Both spouses can also voluntarily convert the tenancy into a tenancy in common or a joint tenancy.

The tenancy by the entirety may be severed only by agreement, divorce or joint conveyance; it may not be severed by any attempt of one spouse to transfer his or her interest. Although an attempted unilateral transfer is ineffective, the transferor may still be liable to the transferee for money damages for breach of contract. Where divorce severs the tenancy by the entirety, the parties become tenants in common (even where the entire purchase price was paid by one party). Upon the death of a spouse, the survivor should record an “affidavit of surviving tenant by the entirety” reflecting the fact of death. This is good title practice and will facilitate any future transfer of title to the property.

In some states, one spouse who owns property can reconvey that property to himself or herself and the spouse as tenants by the entirety, without violating the common-law rule that the joint interests must be created at one and the same time and by the same instrument. Under the Economic Recovery Tax Act of 1981, where the property is jointly held by husband and wife with rights of survivorship (this includes tenancy by the entirety), the property will be treated as 50 percent belonging to each spouse for estate tax purposes. The language creating the tenancy by the entirety should provide, in effect, that the property is conveyed “to John Smith and Mary Smith as tenants by the entirety and with the right of survivorship.” However, in some states, a conveyance to husband and wife, without anything else stated further, will automatically create a tenancy by the entirety, while in other states it may create a tenancy in common.

A form of concurrent ownership of property between two or more persons, in which each has an undivided interest in the whole property. This form is frequently found when the parties acquire title by descent or by will. Each cotenant is entitled to the undivided possession of the property, according to his or her proportionate share and subject to the rights of possession of the other tenants.

No cotenant can exclude another cotenant, or claim ownership of a specific portion of the property. Each cotenant holds an estate in land by separate and distinct titles, but with the unity of possession. Their interests may be equal, as in a joint tenancy, or unequal. Where the conveyance document does not specify the extent of the interest of each cotenant, there is a rebuttable presumption that the shares are equal. Unlike a joint tenancy, there is no right of survivorship in a tenancy in common.

Therefore when one of the cotenants dies, the interest passes to his or her heirs or beneficiaries and not to the surviving tenants in common. The property interest of a tenant in common is thus subject to probate. Also, unlike joint tenancy, dower rights may exist in property held in common.

Any tenant in common can sell his or her interest in the property without the consent of the co-tenants, but no cotenant can attempt to transfer the entire property without the consent of all co-tenants. If one of the common owners wishes to sell the entire property and the other cotenants do not, the co-owner can bring an action for partition and seek to have the property divided up in kind or sold at auction with each owner paid his or her share of the proceeds.

There is a legally imposed relationship of trust and confidence among cotenants. Each cotenant has the right to possess all portions of the property and to retain profits from his or her own use of the property, though he or she must share net rents received from third parties. No tenant in common can be charged for the use of the land or may charge rent for other cotenants’ use of the land. If one cotenant pays taxes or assessments due above his or her share, then the cotenant generally has a lien on the interest of each cotenant for the pro rata share.

A potential problem in a long-term contract for deed where the buyers take the title as tenants in common is the confusion that arises when a cotenant dies before the property has been finally conveyed. If one of the cotenant-buyers has died during the term of the contract for deed, the seller should be cautious and check with the court to determine the rightful heirs of the deceased cotenant to whom the property should be deeded. If one of the cotenant-sellers dies, care should likewise be taken in making the money payments under the contract to the appropriate party.

Unless the intention to create a different form of tenancy is manifestly clear, a conveyance to two or more persons is usually deemed to create a tenancy in common. The tenancy in common is appropriately named since it is the most common form of co-ownership that will result unless another intent is clearly specified.

As a general rule, a tenant in common’s interest is not considered acceptable security by a lender, because the mortgagee has the additional expense in a foreclosure action of forcing a partition proceeding to recover on its security interest.

As with joint tenancy, if one cotenant in good faith makes improvements to the real property without the permission of the other, he or she should be compensated for the improvement in a partition action. The standard used is either the percentage of improvement cost attributable to the other co-tenant, or the proportionate share of the increased value of the property.

One problem with tenancy in common is the element of uncertainty connected with the fact that the interest of a deceased cotenant is subject to probate. For example, suppose Smith, Jones, and Wallashinski hold lakefront property as an investment. They are tenants in common. Smith, a single person, dies intestate. He had 12 brothers and sisters and both parents living. One sister dies shortly after that, leaving a husband and six children. To sell the property to a developer, the other tenants in common may have to get the signatures of all Smith’s brothers and sisters, parents and guardian for the minors to release every possible interest. This problem could have been avoided by taking the title in partnership form or a trust.

Every tenant in common assumes the risk that his or her interest in the property will be imperiled by the failure of cotenants to pay their share of taxes, debt service and other carrying charges. Also, there is a risk of bankruptcy or involuntary sale or partition of the property to enforce a judgment lien or income tax lien against the interest of one cotenant in the property.

Sample language in a deed creating a tenancy in common would be “to John Smith, single, an undivided one-quarter interest and Pat Specht, unmarried, an undivided three-quarters interest as tenants in common in the following described the property.”