Financial Freedom the Concept of Stocks 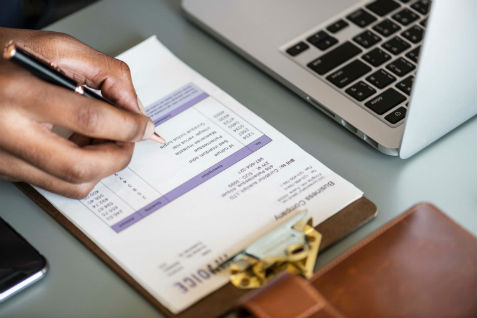 We have discussed two types of equity in companies, referred to as stock...Common Stock and Preferred Stock.

Stock Certificates: Indication of ownership. For convenience, investors often leave the certificates in the possession of the broker. In this case, they are registered in the broker's name. This is referred to as "street name." This allows for ease of disposition and eliminates the need for the investor to store them. Stock certificates are identified by a numbering system and a number referred to as a "CUSIP" number.

Stock Exchanges: Where securities are bought and sold. They create the marketability for securities. The three major United States exchanges are the New York Stock Exchange, the American Stock Exchange, and the Over the Counter (OTC) Market. When people refer to the "stock market," this is what they are talking about, the trading of stocks and bonds and the exchanges collectively. The oldest stock exchange in the world is located in London and is the third largest. It was officially established in 1773 but its origins date back more than a century before that. The Paris exchange was founded in 1802, Tokyo in 1818, and Sydney in 1872. The first American exchange was organized in Philadelphia in 1790 but the New York Stock Exchange was not founded until 1817.

Dow Jones Industrial Average (DJIA): When people think of the "stock market" going up or down, they are usually referring to the DJIA. It is a price-weighted average of 30, well capitalized, blue-chip stocks selected by Dow Jones and Company. It is the oldest of the current market indicators and one of the most commonly quoted by the financial press.

The DJIA is calculated by adding the prices of the component stocks and dividing the total by a standard divisor that is adjusted for dividends and stock splits. The divisor can be changed if companies on the list are changed, merged, or acquired. The DJIA does not represent the entire stock market but only about 15% of the market value of equities on the New York Stock Exchange. It does not represent the activity of the American Stock Exchange or the Over the Counter Market. Other stock averages monitored by Dow Jones and Company are The Dow Jones Transportation Average (DJTA) which consists of airline, railroad and trucking stocks and the Dow Jones Utility Average (DJUA) which is composed of Gas and electric utility companies. Lastly, the Dow Jones Composite represents the total stocks on the DJIA, DJTA, and the DJUA.