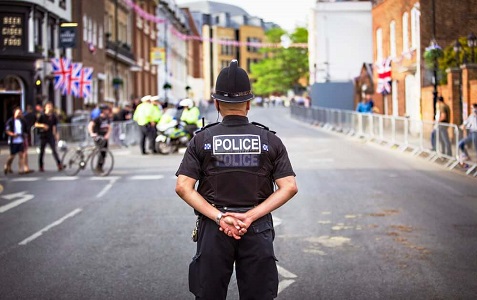 When property is taken under eminent domain, there must be payment of just compensation, whereas a taking under the police power (such as zoning) does not require compensation.

The right of government (both state and federal), public corporations (school districts, sanitation districts), public utilities, and public service corporations (railroads, power companies) to take private property for a necessary public use, with just compensation paid to the owner. Generally, however, the law will not allow compensation for lost profits, inconvenience, loss of goodwill, and the like, although severance damages may be awarded for a loss in value to the remaining property that is not actually condemned. Through eminent domain, the state may acquire land (fee, leasehold, or easement) for streets, parks, public buildings, public rights-of-way, and similar uses. No private property is exempt from this exercise of government power.

If the owner and the government cannot negotiate a satisfactory voluntary acquisition of the property, the government can initiate a condemnation action to take the property. In such case, an owner’s main grounds for complaint would usually be that the intended use is not a sufficient public use or that the valuation given the property in the condemnation proceeding is unjust. Generally speaking, the courts will not permit a taking in fee if an easement will do; an entire piece cannot be taken if only a part is needed.

Eminent domain is an outright acquisition of property with payment of compensation. It is not an uncompensated regulation of the use of property (as in the case of restrictive zoning).

Upon the vesting of title in the government, all preexisting liens and encumbrances are extinguished; anyone affected by this change, such as mortgagees, must look to the award of condemnation money for the satisfaction of their claims.

A lessee is usually given the right to cancel his or her lease when a large portion of the leased premises is taken. Long-term leases usually provide for a condemnation award to be apportioned between lessor and lessee, according to the value of the parties’ respective estates.

The constitutional authority and inherent power of a state to adopt and enforce laws and regulations to promote and support the public health, safety, morals, and general welfare. Such laws must be uniform in operation and nondiscriminatory, and cannot be advantageous to any one particular person or group. In essence, it is an authority derived from individual state constitutions, which also vest the power in counties, cities, and municipalities to adopt and enforce appropriate local ordinances and regulations that are not in conflict with general laws. Some examples of police power are the right to tax, the right to regulate land use through a general plan and zoning, the right to require persons selling real estate to be licensed, the right to regulate pollution, environmental control, and rent control.

Traditional concepts of the police power have been broadened in recent years to include the furtherance of the aesthetic beauty of the community. For example, courts have upheld an ordinance restricting advertising in state parks, and have upheld the regulation of the appearance of a community through design review boards.

Also derived from police power is the right to damage or destroy private property (without compensation to the owner) when such an act is necessary to protect the public interest. This may happen, for example, when a condominium unit is on fire and the fire department must destroy an adjoining unit to extinguish the fire and save the rest of the building. Although the government would not be required to compensate an owner for such destruction, a valid claim may be filed against the insurance policy covering the burning unit or against the owner’s own policy. Although police power permits the state to regulate the use of an individual’s property in order to protect public health, safety, and welfare, such regulation has its limits. If it goes too far, it is recognized as a “taking” which requires that the state pay just compensation to the individual affected.