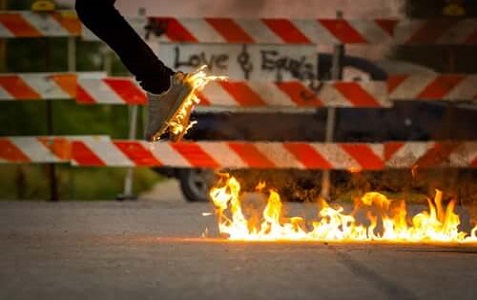 The last thing a landlord wants is to be in violation of fair housing laws. Here are some commonly overlooked issues...

Number One: Setting An Occupancy Standard That Is Too Low

One of the lesser-known types of discrimination is not based upon discriminatory intent. Rather, this theory of discrimination claims that a policy has a discriminatory impact on a protected class of persons. For instance, if you were to have a policy that every tenant be at least five feet tall, a claim could be successfully filed alleging that the policy prevents families with children from renting your unit. This policy has a discriminatory effect on children and would be found to be a violation of fair housing laws. This theory, known legally as the disparate impact theory, can be defended, but only if the landlord can show that the policy is there for business necessity. In other words, the landlord would be unable to successfully operate his business without it. Even then, it could still be found to be discriminatory if it can be demonstrated that the business objective can be achieved in a less discriminatory manner.
Occupancy policies are a common type of challenge under the disparate impact theory of discrimination. Take a case we handled several years ago. Our client had an occupancy policy of three persons in a two-bedroom unit. The only documented reason for the policy was there was not enough parking on the property, so the landlord wanted to limit the number of vehicles per unit. This objective could have been met by restricting the number of vehicles allowed to park on the property. It was difficult to defend as it limited the ability of families with more than one child from renting there. The client agreed to raise the occupancy policy to a two per bedroom plus one additional occupant to keep the fair housing complaint from going forward.
Historically, a two per bedroom plus one additional occupant has been considered reasonable in California. However, there is no completely "safe harbor" for occupancy standards as it depends on a variety of factors, such as the size of the bedrooms, and demographic make-up in the greater community where the property is situated to determine if the occupancy policy has a discriminatory effect on families with children. If the landlord has a well-documented list of the reasons and objectives behind the policy, the policy may be found to be protected as a business necessity. It is therefore important to list all the reasons behind your occupancy policy, such as the size of bedrooms, size of the unit, number of bathrooms, and septic tank capacity.
Number Two: Not Accommodating a Disabled Applicant or Resident Appropriately

Persons with mental or physical disabilities are protected under both the state and federal fair housing laws. The primary responsibility of landlords is to provide a reasonable accommodation for the particular disability. This can sometimes be challenging. For instance, in one case a landlord received a fair housing claim from a man who had Alzheimer's. The man had been seen in the common area of the apartment community without any clothes. The on-site manager immediately served the man and his non-disabled wife with a thirty-day notice of termination. They filed a fair housing complaint based on disability. The landlord should have first attempted to accommodate the tenants to help them comply with the lease. The landlord agreed to do this and retracted the thirty-day notice, allowing the tenants to install a special doorknob that the man could not open.
Number Three: Not Recognizing That Fair Housing Impacts Every Step of the Landlord-Tenant Relationship

We often ask our clients what they believe is the greatest legal risk to their business as property owners or managers. Almost without exception, it is fair housing claims. This is not surprising since fair housing impacts every step of the landlord/tenant relationship. Developing a written policy and making sure it is implemented, can greatly lessen the likelihood of having to defend a fair housing complaint. If it does occur, the implementation may minimize the consequences and losses that could follow.
Number Four: Not Having Written Procedures So You Can Show Consistency

It is important to have all of your policies and procedures documented in writing so you can illustrate the consistency with which you manage your rental properties. It is especially important to make the rules apply to everyone, not certain groups, such as teenagers or children. It is important to not only ensure your policies are fair and reasonable on their face, but also that they are implemented. Several years ago, an owner, management company, and security company agreed to pay over one million dollars to settle a fair housing claim based upon the inconsistent implementation of the owner's policies. In this case, the owner had a policy of not allowing renters or their guest to congregate in the common area. This policy was only enforced against young, black males, which resulted in the fair housing complaint.
Number Five: Not Having a Thorough Documentation Program in Place and Fully Implemented

Not only is it important to have your rental policies and procedures well documented, but it is also important to record all of the significant events that happen on the property on a day-to-day or week-to-week basis. Your documentation system should require either on-site personnel or other responsible parties to document important conversations, incidents, and events as they occur on the property. It is imperative to make these written recordings on a regular basis and in a timely fashion, with names of witnesses, dates and times. When you consider that approximately one-third of all fair housing complaints involve telephone conversations, you can understand how important it is to document every call or visit from prospective renters.
These notes will assist you in remembering events that took place months and sometimes years ago and add credibility to your testimony. When making these notes, also remember that a judge or a jury may be reading them someday, so they should be professionally written.
Number Six: Not Being Consistent When Applying Policies and Procedures; Treating People Differently

Large operators of rental property often proceed with internal fair housing audits of their properties to ensure that their policies are being carried out consistently and without discrimination. It is important to understand that the owner and/or property management company is legally responsible for the discriminatory actions of their employees during the scope of their employment. Regular training audits and background checks are important to ensure that everyone in the company is aware of fair housing laws and is willing and able to abide by them. The California Apartment Association has a variety of fair housing classes through its local chapters. In the event of an investigation, showing investigators certificates of completion of fair housing training for employees shows that fair housing is important to the owner and property manager and that the employees are knowledgeable.
Number Seven: Charging a Pet Deposit for an Assistance Animal for the disabled

Too often, rental owners and manager believe that, although they have to allow an assistance animal, notwithstanding their no pet policy, they can charge an additional deposit or "pet rent." This is not allowed under state and federal fair housing laws. Charging a deposit for the animal is not considered a reasonable accommodation for the disabled. It is better to consider that the animal is the eyes, ears or legs of the disabled person. Likewise, it is not reasonable to restrict the animal from going anywhere in the apartment community, including assisting the disabled person in the pool area.
Number Eight: Not Handling Disputes Between Residents Promptly (Sexual Harassment, Discrimination).

It is also important to address disputes between residents as soon as possible. By not responding, you are giving the message that you either do not care, that you prefer to respond to other types of persons faster, or that you are tacitly condoning the situation. Anyone of these beliefs can be the cause of a fair housing complaint. Ideally, your written policies and procedures should also indicate the timeliness of responses to complaints or issues arising on the premises. It is essential to have a written, step-by-step procedure in place for handling complaints. Get complaints in writing where possible. Investigate the situation and take appropriate action, depending on the findings. In cases of sexual harassment or discrimination harassment, you may be wise to seek legal counsel.

Documentation of each step is also imperative in the event the action goes to court or throughout the fair housing administrative process. While addressing a dispute between residents, it is important to first establish your role. What you do not want to become is the judge or jury of the disputing parties. However, if it is clear that one side is clearly at fault, after gathering all relevant facts and evidence, you can take action against the offending tenant. If it is too difficult to tell who is at fault, it us usually a combination of both tenants.

In these cases, you should remind each tenant, at the same time, in writing, of their obligations under their lease to maintain the property in a peaceful and quiet manner so as not to disturb other neighboring residents. If their dispute causes major disruption, legal action against both parties is appropriate. The most important point is to avoid the appearance of siding with one tenant or the other based on their protected class.
Number Nine: Not Providing the Same Level of Service to All Residents

Fair housing complaints can arise out of the belief or feeling that one is being treated as a "second class" resident. If maintenance requests are not handled on a first come, first served basis, there should be written policies giving priority to different maintenance issues. Similarly, if new fixtures, such as carpets, drapes, or appliances are going to be replaced in the units, it is important to document and communicate to the residents the order the installations are going to take place. For instance, you may determine it is based upon the length of occupancy, or overall construction plans. (It is best to receive this information from contractors since they are considered a disinterested third party and will set their priorities based on objective criteria.)