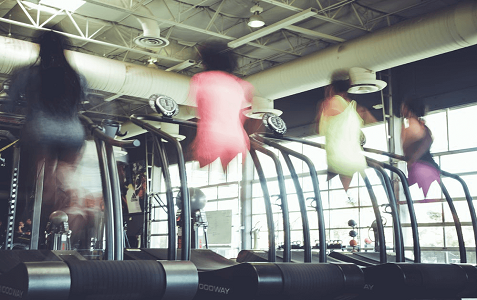 If you ask for a prospect's name and phone number early in the phone conversation and they choose not to give it to you, don't make a big deal of it.

Instead wait until the very end of the conversation, when the ice has been broken a bit, and say something like this: "Oh, by the way, I want to check on one other house that I think you'd like. Where can I call you later today or tonight?"

Then, if you get a number, follow up with: "And who should I ask for?"

For some unknown reason, people otherwise unwilling to identify themselves feel less pressured by this approach.

Might be because they're being offered a benefit (information) in exchange for their identity.

You tend to make allowances for your friends and for people you admire, so why not cut some of the same slack for yourself?

A good self-image begins with forgiving yourself for not being perfect, which is no more than you routinely do for others you care about.

Chances are, you've read something about loving thy neighbor AS thyself, which is another way of saying the same thing.

Or think about it this way: Since the size of your funeral will be largely determined by the weather on that day, why not start being nice to the one person you're SURE will be there?
(Excerpted from the CD album, "In Search Of Maximence.")

Tip #3 -- About Those Payday Loans: Don't Get on the Treadmill!

It seems like such a good idea: Get tomorrow's income today by signing up for a short-term loan, payable when that next commission check comes in -- plus interest, which is the most interesting part.

However, before opting for one of the many "advance" programs, check ALL of the options available to you and carefully evaluate the total costs -- which can be quite formidable.

Alternative sources might include borrowing against life insurance equities, a bank loan, or even a conventional small loan company (costly, but usually less so than payday loans).

Yet another possibility would be discussing it with friends or relatives who wouldn't mind making a few quick bucks on a sure thing such as you.

Some "advance commission" offers to involve an end-run around usury laws and set the feet of borrowers on a painful journey toward financial disaster.

As an occasional port in an occasional storm, they may have some value, but too often they have a snowballing effect,  like the repeated rollover of credit card debt.

As always, the devil is in the details, so before going for temporary relief from a money crunch, check every word of the "fine print," and consider every alternative strategy.

One of them, obviously, would be tightening your belt and braving the bad weather, instead of grabbing for an expensive life jacket that might, over time, become a straightjacket!

At the end of what might be a painful ordeal, you'd get to pocket ALL of that well-earned reward!

The aftermath of a hurricane shows a phenomenon of nature that is useful in sales.

The rigid oaks had no choice but to resist the awesome power of the gale, while the palm trees wisely bent to accommodate the storm.

Thus, they were able to survive and resume their former stature. (Even those flattened completely quickly took root again when pulled to an upright position.)

This comparison reminds us that when we encounter an irresistible force, it's better to "go with the blow" temporarily in order to avoid irreparable damage.

For example, when customers disagree or become angry. However wrong or unreasonable they may be our best response is to back off, assure them that we understand how they feel and tell them we're sorry they feel that way.

In the calm which inevitably follows every storm, we can then get the relationship back on track.

The rigidity of the oak is a more instinctive human response than the palm's flexibility, but there's little future in standing one's ground against ominous odds.

One of the more popular stalling tactics of potential buyers -- almost always popping up when a decision appears to be imminent -- is "We'd like to think it over."

Rather than meeting this "objection" head-on, handle it with a response something like this:

"That's a good idea, folks; this is a big decision. Now, while everything's fresh in your mind, let's make a list of the things you should be thinking about."

Then, reach for a clean sheet of letter-size paper, draw a vertical line down the middle, from top to bottom, and launch into a "Ben Franklin" close.

Start  by asking if they agree with the statement, "It's the best we've seen." If they, do, write it in the left column. Follow with "We can afford it," adding that to the list if you get their permission.

Then invite them to come up with their own pros and cons about making a decision.

DON'T argue with their choices just write them down. (Discussion can come later; meanwhile, you're picking up selling points and identifying future trouble spots in the closing process.)

Make your own suggestions, of course, but add them to the list ONLY with their consent.

This will reopen opportunities to deal with their fears, suspicions, hopes and most importantly. Their need for more information, more explanation, and/or more reassurance.

Sometimes, it smokes out a previously-undisclosed problem that can now be talked out.

It will also give you the opportunity to record the benefits that they should keep in mind, even if they still can't reach a decision then and there.

Keep a copy (or make some notes) for yourself to use in later conversations - if they become necessary.
Wind up the session, of course, by asking a closing question like, "All things considered, doesn't it make sense for you to go ahead with this?"

Even if the answer is no, both you and they will have a clearer grasp of the "why not" issue and an agenda for the next meeting.

Even Dr. Norman Vincent Peale, the late patron saint of positive thinking (his book on the subject sold 7 million copies), admitted to having an occasional blue funk.

According to Peale, there's nothing to be gained by acting the way you feel when you're in the dumper, but if you "act as if," you'll hasten the arrival of that first ray of sunshine.

As Mrs. Anna put in "The King & I, "when I fool the people I fool, I fool myself as well."
SNAPSHOT VERSION: "Fake it until you can make it!"

Over 400 pages are jam-packed with sales tips (and sales meeting material) in this new book, endorsed by a veritable 'who's who' of top real estate experts.

There couldn't be a better time than right now to put these time-tested and field-proven ideas to work for you!

(Joe Klock is the author of a 432-page collection of sales tips, The Real World of Selling Real Estate. World-renowned trainer Tom Hopkins says, "The wit and wisdom of Joe Klock is a great tool to lift you up as you face the daily challenges of the wonderful world of real estate sales." )