Want to Increase Your Business? Answer Your Phone! 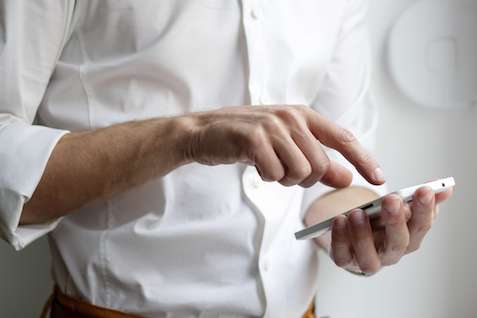 Recently, we had a discussion at our office meeting about a new trend that we’re seeing. It’s happening more and more. And it’s detrimental to an agent’s business. The new trend is agents not answering their phone. They are simply letting calls go to voice mail rather than answering the call.

We decided to test our theory. We literally called 100 agents. And we talked to—I mean actually talked to—about eight people out of 100 calls. We were floored. Don’t believe me? I challenge you to pick up your phone and call 25 agents and see how many actually answer their phone.

This is a stunningly depressing trend. It’s atrocious. For most of you, this is the best—and fastest—way to run your business into the ground.

Don’t believe me? Let me tell you about my experience just yesterday. It completely ruffled my feathers. Then it became very clear to me that I need to get the message out:

Agents! Pick up Your Darn Phone!

Here’s what happened. My parents have decided to sell their home. They would like me to find them a qualified real estate agent. I did some initial research because I don’t know agents who work in their market. In fact, they live in another country—Canada. So I really don’t know any agents where they live. Like a lot of potential sellers, I got on the internet. And I found about nine agents who claimed to be the area expert in my parents’ neighborhood. So what do most people do next? They call someone. I called the agent whose internet site said he was the expert. He said he had the most sales in my parents’ neighborhood.  But when I called him, I got his voice mail.

I wasn’t really ready to leave a message…I’m just at the beginning stage of finding an agent to talk to…I was also at work…and I had lots of other things to do. I thought, “Okay, I’ll just quickly call the next name on my list. Maybe she hasn’t had as many sales, but I’m pretty sure she can at least get me the information I’m looking for.”  So I called her. Voice Mail. I called the next person. Voice Mail. The next person? Voice Mail. I did this SIX times. I don’t have time to call six people to just get their voice mail!

Finally, the 7th person answered. In fact, when he actually answered the phone and said “Hello”, I was so surprised that I could hardly even speak! I told him what I needed and what our situation was. He seemed very pleasant on the phone and sounded interested in helping me out. Twenty-four hours later, he’s given me a report of comparable homes that are on the market right now. He’s given me some client testimonials. He’s given me a list of homes that he has sold. In 24 hours, he got me loads of information. That is what he’s supposed to do. He’s a real estate agent.
Even though he wasn’t first on my list he’s actually very nice. He’s doing well meeting my needs. And I’m going to give him an opportunity to meet my folks and do a listing presentation.

More and more agents are letting calls go to voice mail. But then after they have missed a call, and it’s an unknown number, they spend too much time wondering who it was. You do that, don’t you? You may be saying “No, I don’t do that.” but I’ll bet you do. Frankly, we all do it. I used to do it. We get calls from phone numbers that we don’t even remotely recognize, so we don’t answer the call. Maybe it’s from an area code that sounds like a long way away. If that’s a practice you’ve started, you need to stop it. In this business, you simply cannot afford to do that. You do not know who might be calling you and what kind of business you are turning away. It could be someone just like me, calling you from Manhattan, who looked you up and thought you looked like you could help them with their real estate needs.

I just did a quick calculation, and I’ll bet agents who let their calls routinely go to voicemail are probably losing $20,000 a year to bad telephone practices. You’re an agent. People want you to pick up the phone. When people want to talk, you need to talk to them.

Oh, and one more thing. If in your business you have set up an ‘hour of power’ where you do not answer your phone so that you have dedicated time to get yourself organized, that’s great. But it’s a very defined period of time. Not all day. If you’re using voice mail as a crutch, you need to throw that crutch away because it’s not working for you. It’s taking away your profit.

The Money is in the Message

Now, some of you are thinking, “Wait just a second, Denise. I can’t have my phone on, or answer other calls, when I’m with clients.” Of course, you can’t! But here’s the deal: Of all the calls I made to agents in Canada, not one of them had a message that said “If you’ve reached my voice mail, I’m currently with clients. I will be returning all my calls either at 10 am, 2 pm or 4 pm today.”  Had I heard that it would have told me that the agent would call me back. I would have said, “Oh, I’ll be available at 2 pm. That’s perfect. I’ll leave my information.” And I would have left it.

So here’s the bottom line. If you’re in an appointment and with clients, that’s the time you use your voice mail. Make sure your message tells people you will—and when you will—call them back.

Otherwise, if you are working, pick up your darn phone!