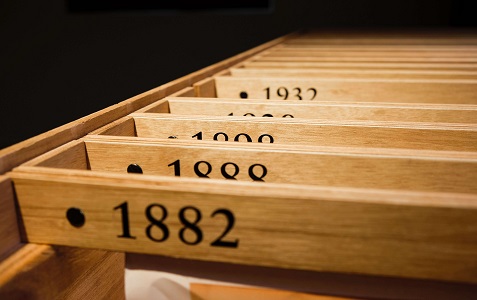 A couple of years ago my wife and I made a momentous decision to move from Boston where we had been for 20 years (with a two-year stint in the Twin Cities) to Southern California. Leaving friends, family and all that was familiar (and all we loved) was tough. Leaving the Boston winter weather behind was not.

Stepping Back to Move Forward

The other major decision was leaving behind the real estate business I had built in the two and a half years before our move. While I was not a seasoned agent, I was not brand new, and my business, about 75% referral, and repeat clients, was not inconsequential (over $175,000 GCI).

The challenge was how to transition this business when moving 3,000 miles away to maximize the relationships, and minimize my income loss.

While I knew that starting over in a new area where I had no network whatsoever would be a huge challenge, I was willing to take the gamble provided I could reap some benefits from the work I had done to date.

Those of you who have also moved may have other thoughts and strategies that worked for you, but here’s what I did.

Several months before the move, I developed a spreadsheet for prospects:

I included all the relevant information I had on each, such as the likelihood of a purchase or sale and timing, specific plans people had mentioned (a plan to relocate the next year), price range, etc.

I created a physical file for each, if one did not exist, with any records (copies of emails, handwritten notes).

I did a careful review of the people I knew well and decided who I would refer them to in my office. I thought carefully about the 4-5 people that

I knew well and felt I could refer to without concern, but I also tried to match people up based on personality and style, area serviced, and other considerations. Those prospects I did not know (e.g., website leads) I assigned somewhat arbitrarily to my colleagues.

I talked with each agent I wanted to refer to and discussed my situation and the referrals I had, to make sure they were willing to handle them.

Any changes needed were made in my master list (one person did not want to work with any buyers, for example).

Once my master list was complete I completed a referral form for each referral with the appropriate agent’s name, the referral fee (there were some variations), and contact information for the “client.”

I then met with each of my colleagues and discussed their specific referrals in detail, provided all the information I had, and gave them copies of notes and the referral forms. I also did letters and e-mails to each agent to confirm the referrals with a copy to my broker.

I then started the arduous process of contacting all current and past clients to discuss what was going on with my move. With current clients, I told them what I could about who I had selected and let them know that, although I would be out of the area, I would stay in touch and be able to help as needed. With my ongoing buyers and sellers (I had several listings and some buyers who were actively searching for a home) I actually sat down and introduced them to the new agent when I could, to make the transition as smooth as possible.

I did not formally pass along past clients to colleagues, as I wanted to stay in touch with them until they decided to make a change; at that point, I would formally transition them to one of my old colleagues. With prospects, for the most part, I used customized e-mails (many had not provided phone numbers when signing up on my website) unless I knew them at some level other than a website visitors.

Naturally, I kept careful notes of all my discussions and updated my database as things were completed. I kept copies of all referral forms as well as all e-mails.

Since I expected that I still might get calls to the office looking for me, I bought a toll-free telephone number that I gave to our receptionist so she could pass that information along to any callers. No one would even know I was not local when they called me unless I told them (I still have the toll-free number so East Coast callers can use it). My broker and I also made a general announcement to everyone that should call come in for me they were to be given my contact information and not simply passed along to another agent.

Of course, there is no way to know that this was done consistently, but at least during the first few weeks after my move, I felt that any stray callers would be able to get to me. I also provided my toll-free number to all my current and past clients as a safeguard.

Since arriving in California, I have stayed in touch with all my past clients through calls, e-mails, and a monthly newsletter. I have paid particular attention to those people that I knew were going to be making a move for relocation or other reasons and stayed in touch to offer assistance as they got close to their transition. Once that time arrived I discussed referring them on to someone

I knew well in my office, and coordinated the referral as I would with any situation. I am proud to say that I have had over 15 transactions so far as a result of my efforts, and while the referral income is substantially less, it has been welcome, and I know my past clients were served well.

My intent was not to get into a lengthy discussion of starting up my business again here in California. Suffice it to say that it has been difficult, with the market that shifted dramatically, a lack of any network, and competing with a very large number of existing agents in an area I knew almost nothing about. But having those referrals have been most helpful.

Planning your move and the transitioning of clients is imperative, and a key focus must be maintaining the relationships you have spent so much time to develop. I know that I will continue to have some business as more moves are planned, or may simply occur, and my continued contact will help me be part of those referrals.

Jeff Dowler spent 15 years in corporate business in a variety of Human Resources management positions and got his real estate license in 2002. "I worked for RE/MAX in Cambridge, MA. We relocated to Southern California (Carlsbad) in the spring of 2005. I have owned nine primary homes (in 4 states), two vacation homes, and a business condo. With four significant relocations under my belt,  I understand the issues that consumers face in buying, selling and relocating." Jeff has four blogs: Fans of Coastal San Diego, First Time Buyer Central, Relocation A to Z, and What's Up Doc?)