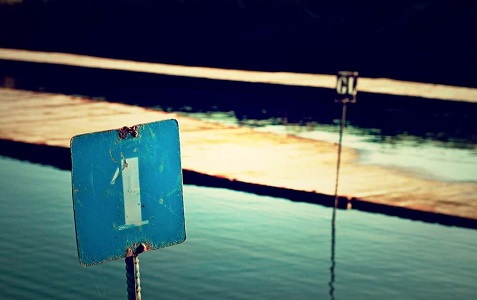 For many agents, just getting away for a few hours to invest time in their business is hard. What’s even harder is getting away for two entire days. But recently a large group of agents did just that. They took two days away and joined us for the first of our 2011 Safaris.

While most Safari attendees planned on incorporating many changes into their business after the Safari, my hope was that just one of those changes be something that positively impacted their business right away. Just one thing!

I have to tell you, it was absolutely exhilarating to watch real-life scenarios play out over the two days. It was amazing to watch the changes taking place for agents who were willing to lay their challenges on the line and ask for help.

Here’s just one story out of the many that transpired:

One of the agents attending Safari was having a huge problem that day – actually at a particular moment – with a buyer who, four hours earlier, had been ready to write an offer. However, the buyer suddenly wouldn’t return her calls. He wouldn’t return text messages. The agent had been working with this buyer for several weeks and had built, what she thought was, a very strong relationship. Time was running out and the agent was nearing panic. We could see it on her face and hear it in her voice. The last message she had from her buyer was quite strong. He had said, “You’re not supporting me.” In other words, he meant, “You’re not doing your job.”

Right there in class, this honest agent opened up to the group and asked for help. How could she even focus on our Safari content when she was frantically trying to save a transaction and a client relationship?

From the clues he gave, what he needed right then was her support and an apology for not being as supportive as she could have been. She needed to humble herself a bit and save a client, and a transaction. She had to do what it would take to make this right. I told her exactly what to say and how to say it, knowing what her client’s personality type needed to hear from her.

Now – I’m sure you’re asking how I could tell what he needed. I’ve never even met the man. Here’s the thing, though– each personality type speaks a certain language. This buyer was speaking a particular language and what she needed to do was listen for clues and provide the same language in return. I asked the agent to step out of the room and communicate with the buyer by using his language instead of her language.

Something miraculous happened. Within seconds of her speaking his language, he responded right back with a positive, ‘let’s move forward’ message. When she came back into the room, she said she was completely amazed, considering that he’d been avoiding and hiding from her for several hours. All of a sudden, instead of trying to communicate in her tone, she spoke his language and he came out of his hiding spot.

What is the point of this story? For this agent, it was just one thing. Knowing how to communicate more effectively was all she needed on that day.

You likely also have at least one area that you need to work on which, for whatever reason, you haven’t yet mastered.

These are all critical things! When you take time to invest in your business – to really examine your business – you might find that it’s just one thing that will make a major difference. You have to take a serious look. If you’re honest and willing to learn new skills and tools, you will transform your business.