What I Learned from “Mystery Shopping” 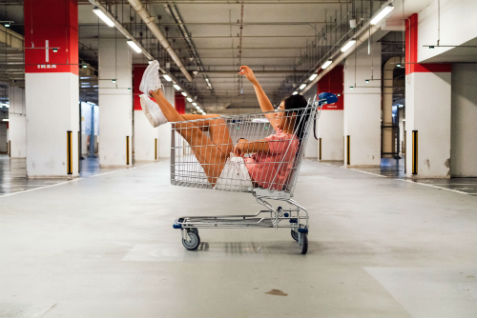 They Could be Anywhere!

Today, businesses often mystery-shopped include retail stores, restaurants, banks, movie theaters, car dealerships, and health clubs.  Actually, any situation which includes a consumer/business interaction is open to mystery shopping. Over the years I’ve worked with many builders and developers.  And during the course of consulting with them, I’ve had the opportunity to do a lot of “mystery shopping”, both at open houses and on the telephone.  I’ve mystery-shopped real estate agents all across the country.  Different states, different price points, different home styles, different markets.

But one thing was common – my goal was to see what kind of efforts agents made to either sell me the home they were holding open, or to follow up with me after I left.

When I mystery-shop, most of the agents I meet have the “Tigger” personality – they’re the “people people” – bouncy, energetic, friendly. (If you’ve heard me talk about personality types before, you’ll know I’m referring to “Promoters” and “Supporters”.)  They could certainly engage with me at an open house by chit-chatting.  In fact, sometimes there was way too much chit-chatting that was random and unfocused.  Often these “Tigger” agents were good at engaging with me “live” but they very, very rarely keep in touch with me after our initial contact.

Sometimes I would encounter other personality types at open houses – such as “Owl” (Analyticals).  Focused on providing data, Owls are rarely comfortable at open house settings, because they don’t find engaging with others as easy as the Tiggers.  And of course, because they didn’t “connect” initially, their ability to follow up was compromised too.   Same thing with “Rabbit” (Contollers) – a little bossy, a little overbearing, and very much expecting visitors to buy today, Rabbits are focused on a now transaction and rarely provide good follow-up.

Which brings me to this statement: Most agents treat open houses as a retail storefront either buy what’s in front of you or move on to the next “store”.  If you treat open houses (and your business!) in this way, you will continually have a one-deal-at-a-time, transaction-based business.

Stop treating people like they are retail shoppers and focus instead on what someone’s bigger picture is!  Learn how to ask questions of open house visitors so that you get to the heart of what they want.  Don’t interrogate people.  Don’t oversell.  Instead, build a relationship with them by asking questions, listening, learning to read their clues (both verbal and non-verbal), and responding accordingly.

We all know that most people who visit open houses won’t buy that home.  So if you know that, why the huge sales push when they’re there?  And since they leave without “buying”, they obviously still have a want (or need) to buy.  Why aren’t you following up with them, providing them with good information, and developing a relationship with them so that – when they’re ready to “buy” – they immediately think of you?  Of all the mystery shopping I did (and remember, I’m talking about hundreds of agents from all over the country), I found it almost impossible to find an agent that was still following up with me 90 days later. Follow-up at the 180-day mark was even harder and one year later it was almost impossible to find an agent still in touch with me.

And now, a few words about a group of people who have taken “mystery shopping” to a whole new level!

Recently I’ve been watching the television show, “Undercover Boss”.  If you’re not familiar with the show, the premise is this:  a high-ranking executive or owner of a company who alters their appearance, changes their name, creates a fictional work history, and goes undercover in their own company and works as an entry-level employee.   The undercover boss spends about a week undercover in the company, working at several jobs under several different managers.  Along the way, they encounter typical scenarios for workers in the jobs they are pretending to hold and learn a great deal about both the managers and their co-workers.

At the end of the week, the undercover boss returns to his position and calls in the employees he or she worked with over the course of the week.  The boss reveals their true identity and then rewards deserving staff members through promotions or financial gains.  Other staff members are given training (or retraining!) or are provided with better working conditions.

It’s a fascinating show, and it really proves the point that sometimes you have to get in someone else’s skin to really see how things work.  It’s fascinating for the CEO to see what’s really happening in the company.  And often, the CEO is transformed as a result of their experience going undercover and the staff goes from being perceived as just “employees” to taking on the humanity of living, breathing people.

So now it’s time for the hard question: are you really doing the things you should be doing in your business, in the way they should be done? I challenge you to go undercover and mystery-shop your own company.  Look at your habits, your energy, your work, and your attitude.  Are you really doing what it takes to achieve success?  And don’t be afraid to ask for feedback from your clients from time to time.

Every real estate business could use a little bit of undercover.  It’s time to go undercover in your business!

By Denise Lones CSP, M.I.R.M., CDEI - The founding partner of The Lones Group, Denise Lones, brings over two decades of experience in the real estate industry. With expertise in strategic marketing, business analysis, branding, new home project planning, product development, and agent/broker training, Denise is nationally recognized as the source for all things “real estate”. With a passion for improvement, Denise has helped thousands of real estate agents, brokers, and managers build their business to unprecedented levels of success while helping them maintain balance and quality of life. The Lones Group