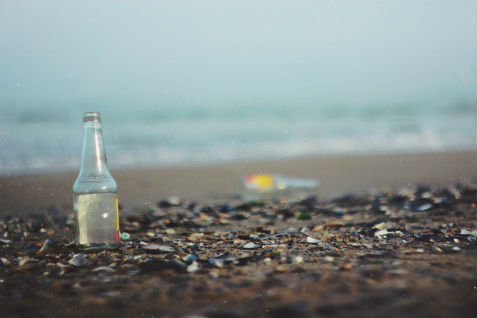 Sending messages works in more situations than you might think!

Fish Out of Water

Now I'm no big city traveler, but I have been to New York City and I am a "fish out of water" when I'm there.  I didn't know until recently that cab drivers in the Big Apple know how to get big tips from their fare passengers.

Their technique?  It's sending a bracketing message that actually identifies the exact amount of tip they want from a passenger.

Here is what they do.  When a passenger enters their cab and tells the driver their destination, the conversation usually stops. "Out of towners", however, are prone to attempt to strike up a conversation. This is a cue to the driver that they have someone in the back seat that will likely be vulnerable to a "tip message." In other words, the driver can plant a message as to what tip they want from the passenger.

When the passenger asks, "How are you doing?".  The cabbie shares that they're doing really great.  They go on to say that it's because their last fare showed their appreciation by giving them a $10 tip. Most "out of towners" don't have a clue as to how much to tip, but they do now.  Guess how much?  Yep, they tip the driver $10.   The amount can vary, but the technique is sound.

Now whether this tip message would work on you is best answered by you.  But don't underestimate the power and influence of sending such a message. What if you're in a commission business whereby most of your customers attempt to get a concession or fee reduction from you. What if when the conversation begins and the "How are you?" questions are exchanged, you share that you are feeling exceptionally good.

The customer very well may ask, "Why?" which allows you to share that your last customer was so great, so appreciative and so recognized the value of your services that they agreed to your standard fee.  You might even add how disturbing it is when others fail to recognize that value and attempt to haggle over the fee.

Do you suppose that this current customer was thinking of asking for a fee reduction?  Do you think they are as eager to ask for it now, knowing that you've sent a message that others paid a full fee?  Do you think that the customer feels somewhat responsible to keep you in a good mood?

Isn't it time for you to be more attentive to such messages you receive and likewise aware of opportunities you could send a similar message.  It's all part of sending controlling messages as we Keep Negotiating.