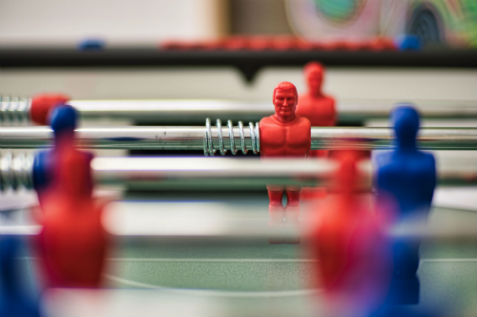 This will be tough to do, the first time you try it, but.

It Isn't Over Until It's Over

The obvious common sense of that remark has numerous applications and especially so when negotiating.  Contrary to popular belief and practice, it is never too late to keep negotiating.  You can even negotiate after an agreement has been reached.

The challenge for most of us is:  How do we do it?  What do we say?  Won't we come across as being manipulative and conniving?

I'd be the first to agree that there are times, many times, where we are morally obligated to stand by our word and fulfill the terms of an agreement.  But having said that, could we also agree that if both parties are willing to re-open the negotiations it is perfectly okay?

Let's examine a case study to better understand how this might work.

You've just agreed to pay over a $1,000 for a contractor to refurbish your back porch.  You've agreed on the scope of work, the materials to be used and even the workmanship expected.  Let's go further and say that you even signed a contract, bid sheet or comparable document.  Before the work begins you have that uncomfortable feeling that you're paying too much.

Most people in this situation simply tell themselves, "It's too late.  I've agreed and signed the contract."

But remember this, it's never too late.  Swallow your concern, bolster your resolve and call the contractor.  Tactfully and respectfully share your thoughts and feelings and re-open the negotiations.

What you are actually doing is seeing if you can negotiate the re-opening of the negotiations.

It would sound something like,  "Mr. Contractor, I have to tell you that we've been feeling more than a little uncomfortable about the terms we agreed to involving our porch work.  Frankly, the $1,000 just doesn't make sense to us.  We're thinking that something in the $800 to $850 range would be more appropriate.  What do you think?"

Now we can't predict the outcome, but we can agree that we have reopened the negotiations in a tactful and respectful manner.  We can also predict that no matter how nicely we introduce this re-opening,  our opponent will be disappointed,  upset and possibly even angry.

None the less, the terms are re-opened.  There will be the inevitable,  "We have a contract.",  "We've already agreed." and the "You've got to be kidding."

Proceed with more silence and requests for the 'courtesy of a discount' and 'what can you do for us?'.  Won't  many opponents make a concession, a minor concession, just to avoid controversy and have problems getting paid later on?  The contractor is at $1,000.  You've suggested $850.  Want to guess how many times the re-opened negotiations will be finalized at $900 to $950?

I'm betting that 4 out of 5 times some concession will be granted.  If it isn't on price, perhaps it would be something 'extra' thrown in at the same price.  You might even want to have some of those 'extras' in mind.  "Okay, let's leave the figure at $1,000, but could you reattach the gutters all around the house?"

Good negotiators are skilled at considering the re-opening of negotiations even after an agreement is made.

They know that it's never too late to KEEP Negotiating.