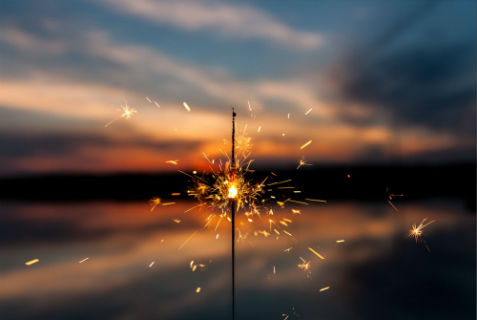 When we negotiate there is an expectation, by both parties, that there will be movement toward each other's anchor or original position.  Can you picture a series of offers and counteroffers which seem to be trending toward a "somewhere in the middle" agreement?

It is even likely that momentum has developed and one or both parties are thinking, "This is going to end up close to where I'd hoped it would."  Anxiety turns to optimism.  Concern is displaced by excitement.  One can even picture an upcoming "high five" until...

Until one party disgustingly goes off script, breaks the momentum and messes everything up.  It's not just disappointing, it's demoralizing.  What happened?

Well, one party signals a pending change by injecting, "I've gone as far as I can go."

The other party is somewhat taken back because there is still considerable distance between their positions.  Then the hammer drops when that same party goes on to say, "Actually, on second thought I'm not even sure I was wise in stating my last offer.  I fear I spoke too quickly.  I'm sorry, I can't see that working for me!"

Taking back a concession, using words similar to those above, really changes the dynamics. The wording you use to take it back must be carefully crafted.

Now how things proceed from here is never known with certainty.  But if both sides really want this deal, the party taking back their last concession will exert more control of the settlement terms.

He can, as a grand gesture of conciliation, reinstate that withdrawn concession to close the deal. That opponent won't seek anything additional and lock in an agreement at that point.

Good negotiators have a sense of how badly their opponent wants a deal and can achieve significant advantage by strategically taking back a concession.

It's another option on the table as we KEEP Negotiating.