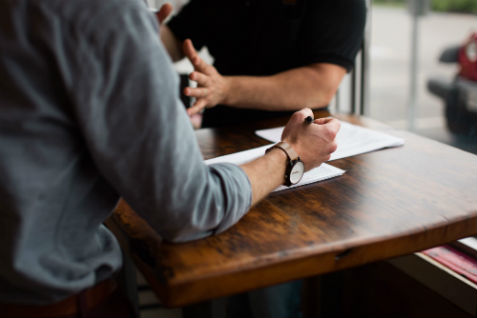 Adding a partner to your negotiations can change the dynamics in your favor.

Good negotiators have learned that, on occasion, working with a partner can be tremendously effective.  This technique involves, as you'd expect, taking someone else with you when a negotiating opportunity is likely to take place.

This technique can be planned well in advance, even choreographed, or implemented on the spur of the moment.

Perhaps it can best be explained by saying it is similar to the well known, "good cop, bad cop" technique.  That gambit has one party being friendly, cooperative and cordial while the other is reluctant, negative and perhaps hostile.

In a negotiation, taking a partner along can change the dynamics in your favor.  Too often, however, team negotiating is counter-productive because both may want to speak and their positions (words) may show a lack of unity.  It can be confusing or even insulting to their opponent.

It would probably be more productive if only one spoke and the other was the "silent partner".

A quiet flinch (grimace, pained look, sigh, even folded arms) from the silent partner can clearly communicate that they're not buying into our opponent's current position.  Shaking their head or even walking away, sends a 'this won't work' message.  Don't overdo it, but measured messages work almost every time.

The speaking partner can be positioned as though they're going along with things. The silent partner is contradicting that position. In such situations, our opponent is on overload.  They're busy talking to one but always observing both.

One more thing...you might want to call a short 'time out' to confer privately with your silent partner.  That always forces one's opponent to re-evaluate their position.  They're left alone while the partners talk. Anytime you can get your opponent (in the middle of a negotiation) to rethink their position, it's a good thing.  If they want the deal, a concession or a softening of their position is likely to be forthcoming.

So who's your silent partner?  Spouses can make great silent partners.  A close friend who knows you well and knows what you'd want out of this negotiation will be effective too.  Either can be introduced as someone who's 'helping me decide' on what to do, what to pay and what to buy.

Good negotiators know how effective the power of silence can be.  They also know that adding a silent partner can be an additional way to put this power to work for them.