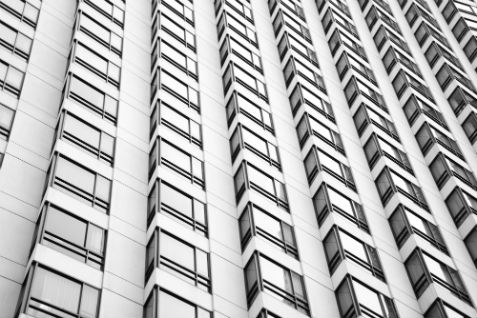 Have multiple options available for use.

It's not uncommon when negotiating that the parties move as far as they can and then seem to hit the wall.  It's normally not just one party hitting the wall, it's often both.  That's when each side becomes entrenched in their respective positions. They each adopt the posture that negotiations can only proceed if the other party moves.  It's interesting to note that the capability to move is rarely the issue, but instead, it is the unwillingness to move. It’s a stalemate. Let's instead consider four strategies to break the stalemate, the impasse or the deadlock.

It's common that the rapid back and forth of offers and counteroffers establishes a predicted pace.  When a stalemate occurs, it often helps to announce to your opponent that you're going to re-evaluation where things are and not to expect a quick response.  Sometimes the negotiations just move too quickly and people can become entrenched in an unreasonable position because of activity overload.

If both parties are truly motivated to reach a negotiated settlement, one side 'taking a break' can instill the fear of loss or missing an opportunity in their opponent.  Slowing the pace sends a powerful message that further concessions are unlikely and it always causes one's opponent to re-evaluate their current position.

Many negotiations become structured or set in how, when and by whom various proposals are communicated.  When an impasse occurs, consider changing the place, the way proposals are shared and even who shares them.

If everything is by phone, consider in person.  If everything is in person, consider written proposals.  If only one person typically communicates a proposal, consider adding another party for that purpose.  If proposals are typically communicated in the evening, try a first thing in the morning timeframe.  When the environment is left the same, the parties tend to react the same as they did the 'last time it happened this way'
.
Strategy 3: Add a Third Party

People who negotiate for themselves have no one to filter their thinking through.  Adding a party that's respected by both sides always changes the dynamics.  This third party can meet with each side separately and provide a welcomed opportunity to speak candidly about their interests and position.

Too many people think that they can't find such a party.  To be certain, it's not an easy task.  But the extra effort is worth it and the mood changes instantly when one side asks the other to help identify someone who could help break this impasse.  If the two sides can work cooperatively on identifying this third party it proves that these same two sides can reach agreement on other things too.

If the negotiating principals are represented by agents, a third party is typically easier to identify and inject into the proceedings.  The agents are used to working with other parties and often have a different perspective than that of their principal.  Agents feel obligated to get an agreement for their client and tend to welcome assistance from respected outsiders.

Strategy 4:  Add the "What if" Factor

Some people refer to this as the trial balloon.  It's the concept whereby one suggests a possible proposal without committing to making it.  It allows one to voice possible concessions (think out loud) and suggest solutions in order to get a reaction from their opponent.

Such proposals are usually communicated by saying, "Well, what if we did increase our offered price, would you then be open to taking care of the delivery expense?"  Notice a reaction is being sought to a proposal without committing to actually making that proposal.

This technique works amazingly well on agents or through agents to their negotiating principals.  Recognize that the initial 'what if' will probably not be accepted by the receiving party, but it does prompt that party to think of alternative solutions.  Anything to get the parties to think about what could work as opposed to what won't work typically generates progress toward breaking a stalemate.