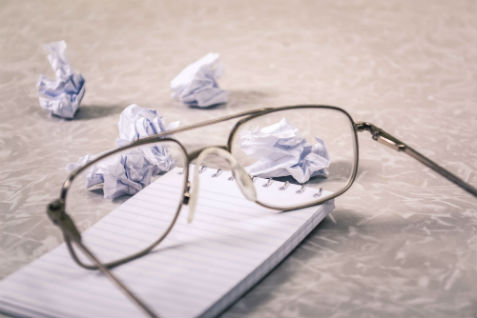 Learn to minimize or even eliminate the counteroffer.

One thing is quite common in negotiating.  It's the counteroffer.  Just when one party makes a proposal or states a position the other party comes back with their counter proposal or position.  Now there is certainly nothing wrong with that exchange, after all it is negotiating.

But there is a technique that can often cut off or avoid the counter.  It is worth investigating and it can work in many situations.

Consider reframing your proposal in such a way that your negotiating opponent is more prone to accept it and not even offer up a counterproposal.

It involves the tactic of verbalizing a 'discount' along with your proposal.  You've experienced these before but might not have realized their effectiveness.

Nine out of ten times the customer will accept the 'discount' and NOT attempt to get a lower price (no counter offer).  Why does this work?  Well, the salesmen in this situation have already communicated a "Trade-Off" (if you buy today, you will save $220) and he has anticipated your desire for a discount and given it to you up front.  He stated its value ($1,195) but is willing to take less (just for you).  It is almost unthinkable to ask for an additional discount or other value-adds in (extended free warranty, free delivery, etc.).

In reality, the salesman probably only wanted $975, but his stated higher price with an immediate discount to the $975 figure cut off negotiations in a kind and comfortable way.  Some will even quote the higher price ($1,195) and observe the customers reaction.  If there is no "Flinch" the salesman sticks to that price.  If the "Flinch" is in evidence, the salesman can quickly become the good guy and offer the discount.  Letting the 'bad news' (higher price) marinate for a moment is an effective strategy.

The Applications are Everywhere.

We Pittsburgh Steeler fans saw it in action.  A while back the Steeler quarterback, Ben Roethlisberger embarrassed himself, the team and fans by his actions involving a young lady in Georgia.  You may also recall that Roger Goodell, the NFL Commissioner, imposed a suspension on Ben.

You may not recall how the suspension was framed?  It stated that Ben was suspended for six games, but if he met certain conditions (counseling, good behavior, etc.) the suspension might be reduced to four games.

Did you also notice there was no complaint or appeal from Ben regarding the six-game suspension?  An appeal would have been similar to a counter offer.  Instead, Ben simply complied and is hoping for the two-game penalty reduction (which will likely come).  Truth be told, Mr. Goodell probably only wanted a four-game suspension all along.

In family negotiations, where we ask someone to do something, couldn't we frame requests that avoid counter offers?   Example, "I need you to do A, B and also C.  But if you do A and B by lunchtime, you won't have to do C."  Odds are you will get A and B done in a timely manner without much complaint.

Stating the price or commission on anything you offer to sell can include a base price but include an immediate discount if some modest condition is met.

Start observing the times that bargaining involves this "avoiding the counter offer" technique.   Look for more opportunities to include this in your cadre of influence strategies.

Good negotiators don't miss opportunities to frame proposals so that counter offers are eliminated or at least minimized.  It's a winning technique for our use as we Keep Negotiating.