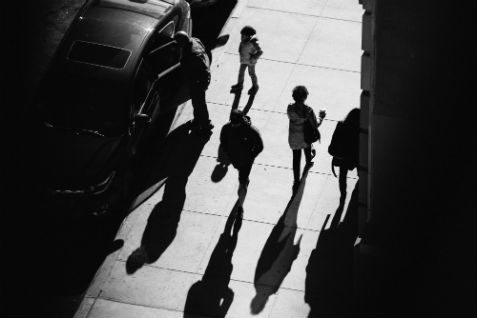 Most of our negotiating will take place in everyday routine events.

Most of our negotiating opportunities are NOT huge, pre-planned, strategy heavy events.  They are instead simple encounters with people (good people) who, like us, just want a 'good deal'.

Our capacity to strike that good deal usually requires attention to a process whereby we capitalize on opportunities.

Let's review a few quick tips and guidelines that good negotiators use successfully.

1. Be Assertive and Confident

Even if your resolve and position is somewhat frail, don't let that show.  Be bold.  Present your position as though it was a no-brainer and as though everyone should jump at accepting it.

Even if you think your proposal is wildly aggressive,  communicate it as though you were backed up by tons of market research.  Even if your proposal isn't accepted, it will move the 'mid-point' or 'agreement point' closer to your side.

2.  Look for Weakness and Vulnerabilities

We're not looking to stomp someone into the dirt or abuse them when they're down.  We are, however,  looking for an edge.  Most negotiations are a mind game and good negotiators look for and pick up on subtle signals from their opponent.

Perhaps it is their tone of voice, their tendency to push the discussions in a certain direction or even a difference in demeanor from the last time you've dealt with them.  Ask questions.  Get them talking about their situation.  Probe as to their flexibilities.  Such activity can provide a powerful and effective edge in reaching that desired result.

3. Use Leverage and Influence Strategies

Too often we think that experienced opponents won't be influenced by our negotiating strategies and techniques.  One thing is known, sound strategies always influence our opponent.  Granted, some strategies might not have the dramatic effect we'd hope for, but they always influence to some degree. If nothing else, they communicate that you know the rules of negotiating and are not going to be vulnerable or taken advantage of.

Do your homework and research before you begin.  Don't become an 'impulse' buyer and let emotions steer you into a regrettable deal.  Have the "Flinch" and "Crunch" ready for use.  Be prepared to walk away and resume the bargaining later. These are strategies everyone can use and strategies that impact every opponent.

This technique was the subject of an early negotiating tip.  It is one where we heap a compliment on our opponent at just the right time.  It serves to remove any hostility or discomfort that can often creep into hard bargaining.

It's best implemented by pausing in the negotiations, smiling and saying something like, "Wow,  you are a good negotiator."  Our opponents love hearing that their skills are recognized by others and it even hints that we are surrendering and willing to concede.  It typically confirms that the proposals currently being considered are a good deal for them.  In their vanity, however, they may miss the fact that this proposal is a good deal for us too.

How many of these techniques could you apply this week in your everyday negotiating opportunities?