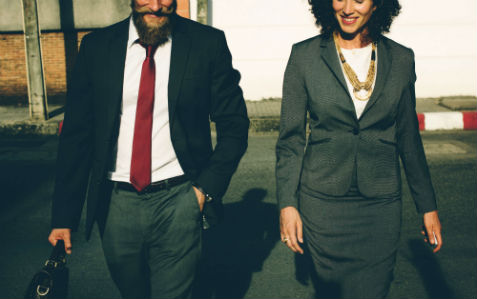 Do you always know the right thing to say at the right moment?

The "Law" of Negotiating

It's one of those unforgettable moments.  I was presenting my Negotiating: What's Mine Is Mine, What's Yours Is Negotiable seminar in Texas a few years back when a class participant came up on the break to share how he was enjoying the program.  He additionally shared that he had some experience in negotiating in his current job.  I inquired as to what that job was and he stated he was a police officer for the Austin Police Department and, among other duties, he headed up their hostage negotiating squad.

I remember being really impacted.  My immediate thought was that if my negotiations (to buy a car, list a house, sell a house, get a full commission, etc.) don't go well, life goes on.  In his case, if his (hostage) negotiations don't go well, that's a life threatening or life ending situation.  I shared my awe and admiration about him and his activity.

What he told me next was perhaps the most impacting and influential.  He said he spent a lot of time with a George Thompson who trained police officers to use their words, their tone, their verbal skills to handle, defuse and control tough situations.  Yes, they have the mace, the nightstick, tazer and even the gun, but that's not their first choice.

He later sent me a copy of George Thompson's book, Verbal Judo: The Gentle Art of Persuasion.  Now before you rush off to Amazon to get a copy, be aware that the book has a heavy slant toward police work and enforcement situations.  I'd suggest instead that you realize the core message, that being that our words, our tone and our verbal skills do impact our success in all negotiations.  All the time, every time!

Good negotiators always seem to know the right thing to say at the right time to get the desired results.  That doesn't happen by accident. They seemingly have thought through contentious situations before they occur.  They remain composed, confident and command respect.

How do we become that good?  It's simple, we anticipate and prepare.  Very few tough negotiating situations sneak up on us.  We can expect and anticipate them.  So before they occur, wouldn't it be wise to research and prepare a reply that demonstrates effective 'verbal judo'?

Let's be ready with a response that really works.  I call this strategy the "Words That Work."

Start working on your negotiating Power Language.  I'll try to contribute, but you'll know what works as you KEEP Negotiating.