Negotiating Tip 15: The Opposite Direction 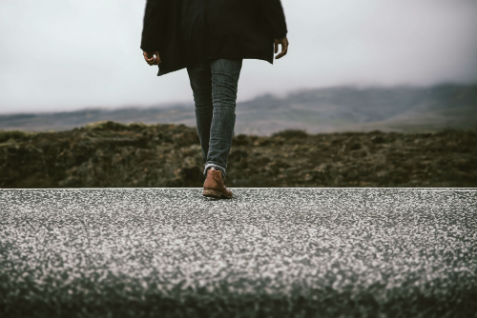 Be open to the possibilities that come from going in the opposite direction.

Every negotiator has likely encountered a situation when they felt out of power and reasonable options.  Situations where they seemed to be between that proverbial rock and a hard place.  Our first tendency in such cases is to yield or to surrender.  But wait, perhaps we can learn from others that there can often be a new found power that will help us win the day.

Earl Nightengale once said, "In any situation, if  you're not sure what to do, simply look at what others are doing and do the exact opposite."  Going in the opposite direction can lead to creativity and opportunity.

In 1912, Theodore Roosevelt's presidential campaign hit a snag.  His staff had printed 3 million copies of a speech for widespread distribution.  Included was a photo of Roosevelt.  The problem was that the photo was printed without permission of the photographer who 'owned' the image.  If the photographer demanded a 'fee for use' of even a nominal amount per reproduction, it could amount to thousands if not hundreds of thousands of dollars.  To discard the copies and reprint would be equally expensive. Whichever way they turned, they had problems.

Roosevelt's campaign manager devised a 'new found' solution.  He sent a telegram to the photographer that read, "Planning to distribute three million copies of campaign speech with photographs.  Excellent opportunity for photographers.  How much are you willing to pay for us to use your photographs?  Respond immediately."

The photographer responded almost immediately via telegram.  "Appreciate opportunity, but can only afford $250."

While this may be a unique situation with an unusual happy solution, it does exemplify that we all value different things differently.  It also teaches us that going in the opposite direction can provide that new found power that we had been missing.

Good negotiators tend to see options that others tend to miss. How many opportunities are we missing in our day to day negotiations?  Do we need to think creatively and, more importantly, look in the opposite direction for solutions?

You'll be surprised at the results as you KEEP Negotiating.