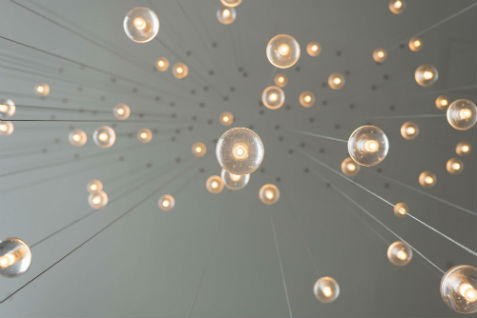 Negotiators often complain that they have to 'negotiate with themselves'.  That is their way of saying that their negotiating opponent isn't fully engaged or is non-responsive.  If we can assume that our opponent does want this deal to go through, then their reluctance to be engaged might simply be a ploy on their part.  So what do we do?

Here are some options to activate our opponent.

Robert Ringer (years ago) wrote a book entitled, "Winning Through Intimidation".  The core concepts of his book did not settle well with me, but there were some interesting theories presented.  One I recall most vividly was a chapter entitled the 'Boy-Girl Theory'.  That theory holds that the boy wants the girl the most when the girl 'lets on' that she doesn't want him.  In other words, we tend to desire most that which we fear we might not attain.  Could this be a tactic one of our negotiating opponents could use (effectively) on us?

If one is too eager for a deal their opponent is emboldened and tends to be more aggressive in seeking concessions.  On the contrary, if one appears to be nonchalant or even hesitant when negotiating, fewer concessions are required and the power shifts in their favor.

To counter this tactic, good negotiators employ methods of activating their opponent.  It is done by asking open ended questions or sharing proposals in a way that demand a detailed response.

Now each situation is obviously unique, but here are some key power language phrases that could activate our opponent.

Using these words to share an idea or proposal requires our opponent to respond, react and even evaluate what we say.  It allows us to present a proposal without our fully committing to the concept ourselves.

Much like the "What if...?"  this opening  gets a response without a firm commitment on our part.  It conveys that we are really seeking options that could work for us both.  A motivated opponent will likely give a substantive response.

This demands an explanation, even a justification, of a proposal from our opponent.  Listening to their explanation will enable us to gauge their priorities and even their motivation.  You might add at the beginning, "Now that sounds interesting.  How would that work?"

This lets our opponent share their highest aspirations - which are routinely unacceptable on our part.  At least they are talking and following their response we can ask......

or  the old "WIIFM" (What's in it for me?).  Asking them to justify something for us, their opponent,  can be very powerful.  It forces them to view their proposal through our  eyes.  This can be a game changer.  It produces a number of "Oh wow" moments for them.  For the first time they might see the frailty of their position and how unreasonable it is for us.

We can't ignore the possibility that these power phrases may fall flat and garner no positive response.  If that does occur, one thing is known.  Your opponent does NOT want a deal.  If one  party is not motivated to reach a settlement, no tactic, strategy or cute phrase  will work.  Pack up and move on.

But remember this, good negotiators test the motivations of their quiet and hesitant opponents by employing techniques and power language that demand a response.  Pick your favorite phrase and test it in your next negotiating encounter.