Negotiating Tip 102: Meeting In The Middle 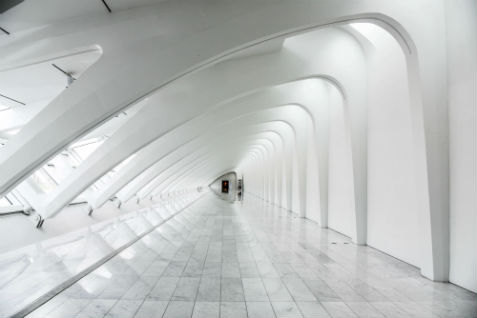 Who wants to be in the middle?

One thing Americans pride themselves about is being fair.  As a matter of fact, if you want to get under the skin of an American, just accuse them of being unfair.  That's a great quality, but it can also work to our detriment.

This obsession with fairness leads too many of us into 'bad deals' or foolish actions when negotiating.  This vulnerability is especially evident when an opponent's final proposal suggests that we 'meet in the middle'.

Let's not let this myth continue any longer.

Meeting in the middle or splitting the difference is a horrid way to proceed.

When you think about a negotiation objectively, the only time agreeing at some mid point makes sense is when the mid point was your objective when you began the bargaining.

Meeting in the middle or splitting the difference is aiming at the average of two anchor points by opposing sides.  Is your goal to achieve 'average'?

·    It's as silly as putting one foot in a bucket of ice water, the other in a bucket of scalding water and announcing,  "On average, I feel pretty good!"  No you don't.  Booth feet are in pain or at least uncomfortable.

So what's the counter strategy to this tidal wave toward meeting in the middle that seems to carry so many along?

First, focus on the initial positions.  The mid point is often half way between the opening positions of the respective sides.  If your opening position is 'reasonable' but the other side's is not, use the crunch to move their position before you offer any additional concessions.

Second, be prepared to announce at some early point that you are uncomfortable with the trend of concessions.  Voice objection to any trend that appears to be headed for an unacceptable mid point.  Let your opponent know that your concessions will either stop or become smaller to avoid that mid point result.

If you are desperate for a deal or if the likely mid point is your 'good deal' target, keep on the course toward splitting the difference.  If you are not desperate and cannot live with a mid point solution, alter the negotiation trend as early as possible.

Another exception could be when the bargaining so far has you at or above where you'd hoped to end up. You're still just a little bit apart.  Suggesting a "meet in the middle' could gain even a little bit more and close the deal.  Do it!

Being fair should always be our ethical objective.  But do not become vulnerable when this label is applied to you in an unwarranted manner.

Good negotiators tend to control events rather than letting events control them.  That's fair, isn't it?