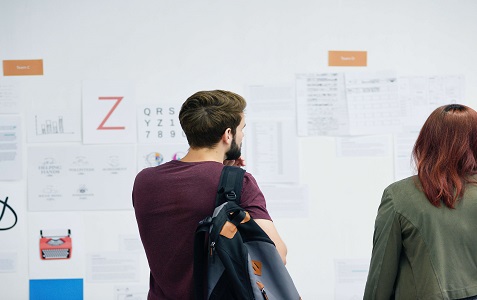 "Comparative" Market Analyses, especially when a market cools, invite attention to so-called "comparable" sales during earlier eras. They also inspire debates over the relative value of varied "extras" and different locations and invite all sorts of subjective judgments.

On the other hand, a COMPETITIVE Market Analysis recognizes that past sales have only historical value and no direct impact on present market dynamics.

So what if a similar -- or even inferior -- property sold for more money weeks, months or years ago?

Every listing on the market right now is competing for the attention of whatever (and however few) potential buyers are presently ready, willing and able to make a move. So-called "asking" prices -- especially on properties not attracting the attention of prospects and agents -- are, for the most part, clear indications of what the subject properties are NOT worth under current conditions.

The proper "C" word, therefore, is Competitive, even when applied to those "incomparable" properties that go begging for buyers. For more on this subject (and a valuable tool for avoiding the "comparable" trap), visit www.joeklock.com and click on "The Facts of Life for Home Sellers."

"Selling managers" have a daunting challenge: Serving their followers fully and fairly, while paddling their canoes in obtaining listings and making sales.

How much of their time can legitimately be diverted to personal production?

The answer lies in this maxim: The selling manager is not a salesperson who also manages, but a manager who might also sell.

Only those who understand that principle -- and honor it -- should be managing!

Also known as 9 Ball, it's one of the oldest games played at your local pool hall.

Numbered 1 through 9, the multi-colored balls are racked up on the table, with the "9" nested in the middle. The object of the game is to pocket that "Money Ball," and the player who does so wins.

Simple enough? Well, not so.

The rules require that on every shot, a player's cue ball must first contact the lowest-numbered ball on the table and put at least one ball in a pocket to take another shot.

The goal is to sink that "9" ball, but unless there's a clear shot at it, at least one other ball has to be dealt with first.

Our team members must deal with a similar problem in planning their daily work and work their daily plan. The "Money Balls" on their schedule are, of course, prospective buyers and sellers -- people whose eventual "yes" can lead to a listing or sale.

Obstacles to reaching them are all -- that means ALL -- unavoidable contacts with others, whether routine, or obligatory, or optional, or any combination of those three diversions.

Your challenge as a manager is to see that those on the firing line are always focusing on the "money balls" and finding the shortest path toward a successful contact with them.

Pool players can "make busy" by sinking the balls numbered 1 through 8, but ONLY sinking that "Money Ball" wins the game.

Make that comparison at a future meeting, then put a small picture of a "9" ball on each of their desks (and dashboards) as a reminder.

There's no evidence that "New Thought Poetess" Ella Wheeler Wilcox (1850-1919) ever managed a sales team, but one of her more popular verses should find a prominent spot on your bulletin board. Goes like this:

"One ship sails East, and another West, by the self-same winds that blow.

'Tis the set of the sails and not the gales that tell the way we go.

Like the winds of the sea are the waves of time, as we journey along through life.

'Tis the set of the soul that determines the goal, and not the calm of the strife."

A good reminder that both winners and losers breathe the same air and encounter both the same opportunities and the same pitfalls.

Tip #5 -- The Mathematics of Goal Setting

The calculation of production targets is a process of addition, rather than multiplication or division.

Too often, managers estimate their "expense nut" factor and add their desired profit, then divide that total by the number of salespeople, resulting in a minimum production goal for each. Some others arbitrarily decide what each team member "should" contribute, then multiply that by the number of bodies available. Either of these methods will provide an easy-to-beat target for the best people and an impassable barrier to the others.

The best method is to assess the potential of each individual on the production roster, obtain their agreement of its "do-ability," then add up the resulting figures to ascertain the group's total production goal.

Each person will then know what is expected of him or her at the outset, and how he/she is doing as the week, month or year progresses. (This satisfies their two most important needs, as frequently noted in these newsletters!)

Thought artist, edutainer, and master coach Jerry Rossi offer this whiff of wisdom to those who think high tech can replace high touch in marketing:

"A website is not a business bonanza in and of itself because your web site is a billboard in the middle of nowhere to which YOU have to drive traffic. (Merely) having a website will no more bring your business than wearing a Nike cap will have you playing golf like Tiger Woods." (From his new book, Dog Eat Dog & Vice Versa.)

The Leadership Quarterly, a publication read widely by managers and consultants, reported the following results of interviews with 700 disgruntled employees:

39% said their supervisor failed to give credit when due.

27% said their supervisor made negative comments about them to others.

23% said their supervisor blamed others to cover up their own mistakes.

One conclusion is drawn from the survey: Employees don't leave their jobs they leave their bosses.

You be the judge remember, you're on trial every day!

Joe Klock is the author of a 432-page collection of sales tips. World-renowned trainer Tom Hopkins says, "The wit and wisdom of Joe Klock is a great tool to lift you up as you face the daily challenges of the wonderful world of real estate sales."